Are women really from Venus 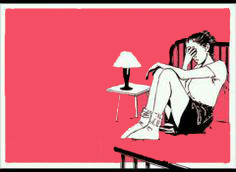 Emotional, sensitive, caring, delicate, over expressive these are the words which a woman is always tagged with. These tags have gone a long way in defining the role of a woman in the society for long-time now. She is mostly seen as a homemaker, caretaker and family binder.

Contrastingly in this 21st century, where women are waging their war for equal rights and better representation, the idea of women taking roles such as a CEO of a company, a leader of the state, an academic change maker, a business analyst, a property dealer are looked upon as stories of empowerment. Each of which ends with one statement, “Hence proved, women are not from Venus! We very well know what it takes to be a Martian.”

It seems that rather than focusing on expressing and applauding the diverse potentials of a woman, the focus is more on proving her metal in front of men. John Gray, while writing his bestselling novel, Men are from Mars and Women are from Venus, would not have thought that his work is going to create ripples not only in on the social front but also in the scientific arena. So much so that for over three decades now, deciphering the gender differences have been the business of researchers engaged in brain research. Time and again they have put forth researches to reiterate the fact that men are innately more rational and better at map-reading than women, who are emotional, empathetic multi-taskers, useless at telling jokes. In short Men are from Mars while all the women are from Venus.

“The common belief that men are from Mars and women are from Venus is really wrong, we are all from planet Earth”, said Harry Reis, professor of psychology at the University of Rochester and co-author of a recent study published in Journal of Personality and Social Pscychology. The research challenges the idea of consistently and inflexibly gender- typed individuals because of some pre- programming in the brain. “It is not at all unusual for men to be empathic and women to be good at math — characteristics that some research has associated with the other sex”, explained Bobbi Carothers lead author of the study from Washington University.

Gender difference may not be primarily an outfall of different brain programming of men and women, but culture, society, norms, expectations, customs, and ideologies play a significant role in shaping the gender order. While society needs to understand this fact, it is also women who need to step out of the vicious cycle of proving their empowerment as fulfilling some male indicators.

Decision making, rationality, strength have never been far from the personality of a woman. And neither sensitivity, love, care, emotions have been demeaning factors for a women. Just think over it, had Rani Lakshmibai not being sensitive about the wrong notions of British colonists and had not taken a step then would we ever have attained independence? Had Mother Teresa not felt compassionate towards the poor, would life of several orphans change? Had Rani Jijabai not caressed her son Shiva, would India have ever found the great warrior king Shivaji?

The 21stcentury woman engaged in finding her identity needs to look back in time at the role models of empowerment. Where empowerment just didn’t mean taking up male roles, infact it meant finding the human inside.

The oldest and most universal representation of the ideal women in our history is seen in the form of Durga or Gaia, as she is called in the west. She is the universal role model of empowerment. Her 18 armed figure holding various weapons, riding over the lion, slaying the demon, yet beholding compassion in her eyes, represent the various aspects of an ideal empowered women. Empowerment brings the two opposites in perfect balance, sensitivity and rationality, love and firmness, decision making and understanding both go hand in hand. Thus represents the figure of Durga, she is the pro- creator; she is the mother but a mother who has all the power to decide well for herself and her progeny. The goddess is all powerful to take different roles at different times. She takes the form of Kali to slay the negatives and the very next moment she mellows down into goddess Parvati who is all love bestowing mother of humanity. She takes the form of Gayatri and vibrates in the creation sustaining each and every process and then she takes the form Savatri standing firm and fighting death. She takes the form of Saraswati and guides humanity on the path of knowledge and to those who try their hands on devastation she becomes the deluding Mahamaya leading their way to self annhiliation. She takes the form of Katyayni and wards off the role of an ideal daughter, an ideal celibate and an ideal warrior slaying the demons to death. She perfectly fits into each role all upholding the characteristics of an ideal of a woman and calling upon women to identify the immense potential lying within them. She is the woman of substance.