Awareness plays on Importance of Education

Education brings positive changes in human life. It enhances the knowledge, skill, and intelligence of a person and enables him to lead a successful life. In order to generate awareness among the people of Jassain road slums located near Ashok Nagar, Ludhiana, Punjab, on 9th Jan 2017. Manthan students, volunteers and teachers presented street plays deciphering the Importance of Education. The core message in the Nukkad Natak was to make parent’s realize and understand the role of education in their ward’s life. It is considered a human right for every child to get the opportunity for education. School education lays the foundation stone for the child’s future. According to a report by the United Nations Educational, Scientific and Cultural Organization (UNESCO), India has the highest population of illiterate adults at 287 million. The statistics point towards the staggering disparities in the educational levels in the country. The illiteracy levels from the year 1991 to 2006 have risen to a whopping 63 percent. A higher literacy rate is an essential requirement for any nation to bring it at par on a global platform with other nations. No nation looks a promising nation if it has a stable economic growth rate but poor literacy rates. Education after all is a fundamental right which is ensured to the citizens. With the new academic session to arrive, Manthan SVK program of Divya Jyoti Jagrati Sansthan has begun its awareness generation initiatives in the areas of its operation wherein counseling sessions, quiz competitions, Nukkad Nataks and rallies are being organized to spread awareness and enthuse interest in the communities towards the importance of value education. Through these selfless initiatives, Manthan SVK is striving hard to accomplish its vision of Sakshar Bharat Sashakt Bharat. 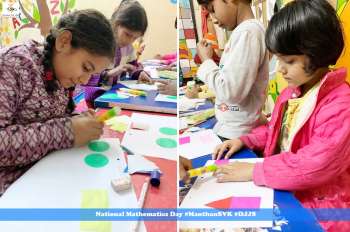 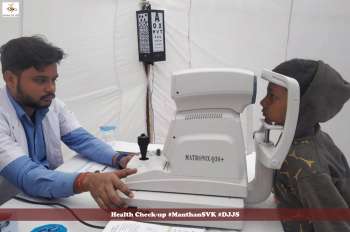