As part of its webcast series, Divya Jyoti Jagrati Sansthan conducted a soul stimulating and thought provoking program at Nurmahal, Punjab, on Sunday, 9th January 2022. It was webcasted through YouTube Channel of DJJS. Thousands of disciples from all over the world virtually attended the program and were benefited from the 89th edition of webcast series. The program commenced with Vedic chanting followed by the soulful melodious bhajans sung by the disciples of His Holiness Ashutosh Maharaj Ji. After this, Swami Yogeshanand Ji, a disciple of His Holiness Ashutosh Maharaj Ji invoked the spirit of divinity and self confidence through inspiring interpretations and examples on the theme ‘‘Don’t Lose Hope!” Swami Ji beautifully explained that ‘Inner Strength’ is the strength of the soul and regardless of the religion, gender, caste or creed, it can be gained by connecting with the ‘Divine Energy’. On the path of self-discovery, one should not stop, whatever be the circumstances around. A true disciple never loses hope but treads the path shown by the Divine Guru with full faith. ‘Shabri’, an ardent devotee of Lord Rama, waited patiently for several years for the Lord to visit her and Lord Rama also decided to visit her ashram because of her unflinching faith and steadfast devotion. Likewise, a true devotee has a sincere quest to walk on the eternal path of devotion and practice the tenets of ‘Eternal Knowledge’ acquired from the Supreme Master.

He mentioned several incidents highlighting how a disciple should move on this path. He told, once a person asked Sri Aurobindo Ghosh- “I am walking on this path since long; but, at times, I get disappointed thinking that I have not progressed at all!”

Sri Aurobindo’s reply was - First of all, you will gain nothing by getting disappointed. So, better not to fall in its trap. Further, through our minds it is not possible to judge how much we have progressed on this path. Reason being, this progress is not apparent like the outer progress.

This journey on the path of spirituality is not a journey of one day, or of a few weeks or months. It is the journey of births together... And, only the True Guru knows about it. Also, walking on this path is in itself a reward! So, without thinking anything, one should just keep moving on...

Swami ji elucidated that the perseverant efforts of a disciple to continuously move in the direction shown by the Divine Master help him move away from the maze of worldly delusions and embrace the ultimate goal on the path of Supreme Knowledge.

Swami Ji concluded by saying that we should pray hard and never lose hope in our spiritual journey. ‘Brahm Gyan’ is the guiding force to travel inward and connect with oneself, thereby amassing the treasures of immense strength and positivity. Meditation on the Divine Light, as revealed during initiation into Brahm Gyan, is the ultimate way to find eternal peace and bliss as it nurtures in us the right attitude towards life.

The program concluded with a pledge to remain steadfast on the path of inner journey and self-discovery, followed by an hour-long collective meditation session by the disciples all over the world. 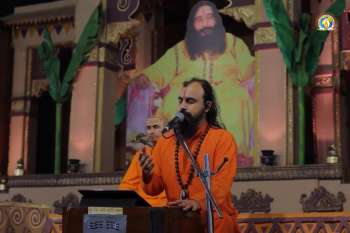 How to attain the Highest Position of being a Devotee: Decoded the Cosmic Treasures of Worship at Divya Dham Ashram, Delhi 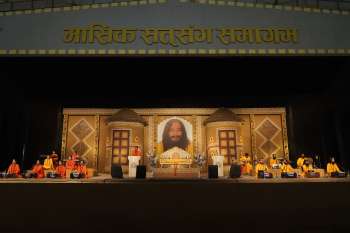 Monthly Spiritual Congregation to Disseminate the Pearls of Wisdom at Nurmahal, Punjab 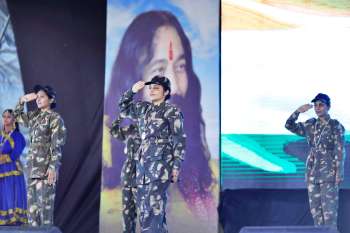 A Spiritual Program 'Suno Pathik' by DJJS Highlighted the Significance of True Knowledge at Amritsar, Punjab