Goddess Durga is the embodiment of feminine and creative energy (Shakti). She protects her devotees from evil powers and safeguards them. She represents the power of the Supreme Being that preserves moral order and righteousness in the creation. Sadhvi Manglawati Bharti Ji (orator of the program), disciple of Shri Ashutosh Maharaj Ji, beautifully revealed the secrets of spiritual richness which are an integral part of the ancient heritage of this country. The projection of the stronger and fiercer side of womanhood is but obvious in the tales surrounding goddess Durga. Goddess Durga incarnated in the form of Shakti, which means power and she is worshipped for her cordial as well as frightening aspects. She was requested to appear for destroying the powers of the demon Mahishasur, who otherwise had become the most powerful demon on the planet. He was blessed with the boon that no male God can destroy his powers, mother Durga had to incarnate on Planet Earth and destroy him. This is why she is considered as a manifestation of ‘Shakti’, which means ‘Power’. She is the mother of bounty and wealth, as also of beauty and knowledge. She is the embodiment of purity, knowledge, truth and self-realization. Durga, also called Divine Mother, protects mankind from evil and misery by destroying malevolent forces such as selfishness, jealousy, prejudice, hatred, anger, and ego.

No matter, whether one worships Goddess Durga, Goddess Saraswati or Goddess Lakshmi, the divinity of that supreme consciousness is the same. God is one and it has no gender. Harnessing of our inner energies allows one to get connected to the supreme divine consciousness at the soul level, which then transfers the unlimited power, positivity, peace, prosperity to the human.

The purpose of this spiritual session was to stimulate the masses and help them find a path to higher consciousness. People were encouraged and guided to witness the actual “Shakti” existing within them. The event concluded with Aarti Vandana, followed by Prasad distribution. 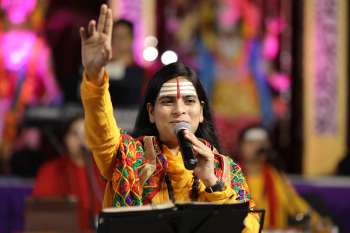 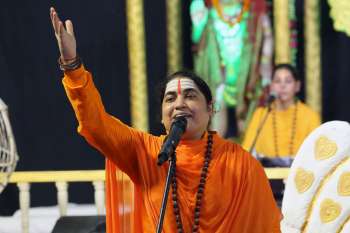