Behind every young child who believes in himself/herself, there is a parent who believed them first. Parents create the basis of the children’s growth. They act as pillars in the growth of a child. If a parent is aware, they also create awareness among their children. This is why awareness of parent is very important. Manthan-SVK is an initiative by Divya Jyoti Jagrati Sansthan which is working for the benefit of the children of underprivileged sections of the society. Manthan, keeping in mind the role parents play in children’s life organized Parents awareness day in the month of April 2019 at all its centres. At the centre of Rithala, Delhi, Ms. Uma Narayanan, a professional counsellor conducted a session for the awareness of the parents. At all the other centres, various other activities took place. At the centres where health camps were organized, parents were inquired whether they provided the recommended medicines to their children. Parents were briefed about the importance of health of their child. Also, few students did not have their mandatory government approved documents such as Aadhar card etc. Parents were told about the process of getting those documents prepared for the benefit of their children. Parents were also told about the emergency contact numbers which they need to be aware of. Many activities were conducted to involve the parents. One such activity was parents had to identify their child blindfolded. This game was enjoyed by both the parents and children as it created an entertaining surrounding. Another activity was parents were given some situations and their responses were monitored. Many other activities were organized. Both the children and parents enjoyed the day and left with lots of new information that is important for them. The parents who performed well were also given appreciation awards. 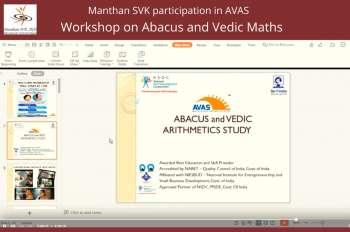