With approximately 356 million youth citizens of 10-24 years of age, India has the world's largest youth population despite having lesser population than China-   UN report 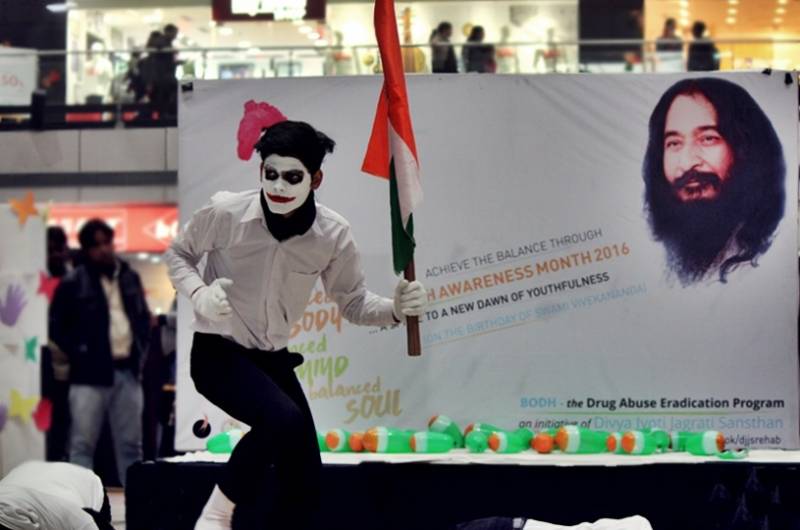 With more than 50 percent of her population constituting between the age groups of 10 and 24 years, India has the world’s largest reservoir of Youth population and is thus called as The Nation of Youths. These young people are the innovators, creators, builders and leaders of the future. They are the ones who possess the power to change the perceptive mindset of the society and give this country the shape they want which is absolutely beneficial for an integrated mankind. But since, today's youth seems to be charting out new territories not getting afraid of the storm, they rather choose to move onto their own self-created paths unthinkingly due to which there arises a need to give their vigor a right direction. For example, how well can they steer this country ahead into the bright future entirely depends on the teachings imparted to them in the present. They can only then transform the future correctly when they have the right skills, health, decision-making and dutiful -ambitious choices in life.

Considering the same, the Karkardooma branch office of Divya Jyoti Jagrati Sansthan founded and mentored by His Holiness Ashutosh Maharaj Ji under the banner of the organization’s social initiative, Bodh- the drug abuse eradication program organized a one- day drive  on the ocaasion of birthday of Swami Vivekananda – the iconic youth, at Pacific Mall in Anand Vihar, New Delhi to reiterate and remind the youth citizens their lost direction and to guide them in their own style. The drive consisted of a series of exciting activities like flash Mob, MIME, Quizzes and motivational Exhibition etc which not only caught the attention of thousands of people present in the mall but also turned out to be an eye-opener for them.

Gaining motivation, through the MIME presented on the exceptional life of  the Youth Icon- Swami Vivekananda, the youth realized how every action of theirs' has a vital impact upon not just their own lives or family’s but in the entire country and hence, they ought to be alert and watchful of their decisions and do not fall for any lure or pressure that leads them and also the country into regret, especially in case of drug abuse which today possesses a level-high threat upon the entire youth community. Not only the youth but also people from all walks of life carried back with them a share of motivation from Swami Vivekananda’s life while enjoying this fun-filled educative drive thoroughly.

This drive witnessed its success when hundreds of youths stepped forward and pledged to be “Proud and Drug Free Youth”.