Under the noble guidance of His Holiness Shri Ashutosh Maharaj ji, the youth-welfare wing of Divya Jyoti Jagrati Sansthan- SAM paid a heartfelt tribute to the martyred CRPF Jawaans of the dastardly Pulwama attack. SAM salutes the courage, commitment and sacrifices of our armed forces.

• A highly emotive ballet- Vijay Diwas was put up by the young volunteers of Team SAM. The high energy performance depicted the selfless commitment of our soldiers towards protecting the nation.
• SAM's in-house rock band- Eternal Bliss, who are renowned for their inspiring original compositions, paid a soul-stirring musical tribute to our forces.
• Representative, DJJS held a talk to inspire the young audiences to maximize their potentials and contribute towards nation building.
• A pledge ceremony by young, dynamic volunteers of Team SAM led the audience into a commitment of selfless service to the nation.
• Finally, an engaging experience-sharing session was held by the veteran Bollywood actor - Akhilendra Mishra.

Some esteemed guests marked their presence at the event:

A number of army officials and members of our glorious forces-CRPF, CISF, NDRF, RAF also participated in the event and paid a tribute to the martyrs of Pulwama Attack. They applauded SAM's selfless endeavor of youth empowerment and nation building. 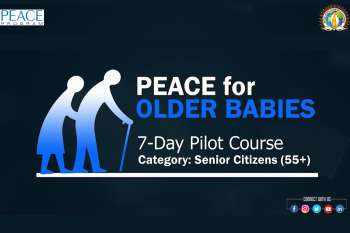