SAM volunteers in action to demand justice for gang rape

In wake of the violent incident of gang rape in Delhi on December 16, 2012, SAM Team swung into action and launched I-Protest rally at India Gate on December 22, 2012. Themed under the initiative of Gender Equality, this rally was spearheaded by an integrated team of dedicated volunteers who stood up to demand justice and raised their voice to protect women’s dignity. This initiative was covered by 20 TV news channels. Not merely a road show of placards and high-pitched voices, it was a peaceful attempt that sought to bring about a change in the mindset of human beings. This message got manifested through SAM’s own rock band Eternal Bliss’s original compositions. Another ultimate feature was an empowering interaction held by Representative, DJJS, to acquaint masses with the clarion call to amend the modern education system by enhancing it with a set of Indian moral and ethical values. SAM’s peaceful yet influential approach to eradicate crime against women encouraged college students and other groups present at the spot to join its team. Ms. Anumeha, Faculty at St. Thomas’, New Delhi expressed, “I am really impressed to notice that SAM’s selfless volunteers have used a peaceful way to protest. They have carried out everything so systematically in this rally.” Foreigners also appreciated the way SAM volunteers proceeded and praised the enthusiasm among Indian youth who dedicated their time and efforts towards a noble cause.

Such an atrocious act stirred the whole nation and caused huge outrage among masses. In no mood to compromise with the situation, they stepped out on roads to demand justice for the victim. 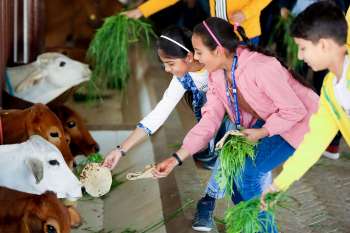