Divya Jyoti Jagrati Sansthan commemorated World Water Day at its 350 centers across India, under the banner of its Nature Conservation Program, “Sanrakshan”, to sensitize people about the significance of water conservation. The ‘I don’t care’ attitude of humans towards water has put its existence into danger, which in turn is putting a threat to the existence of man on Earth. Well versed with the fact that growing scarcity would only result in more fights over the resource and put existence of present as well as future generations at stake, DJJS organized sensitization programs at pan-India level, in line with this year’s theme for the World Water Day “Wastewater?” determined by United Nations. 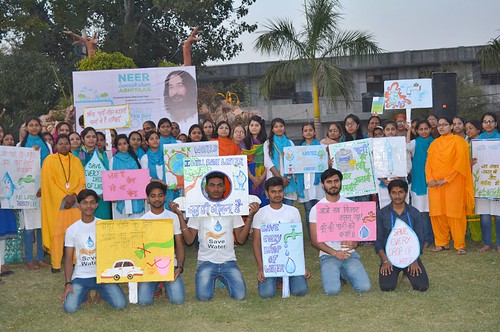 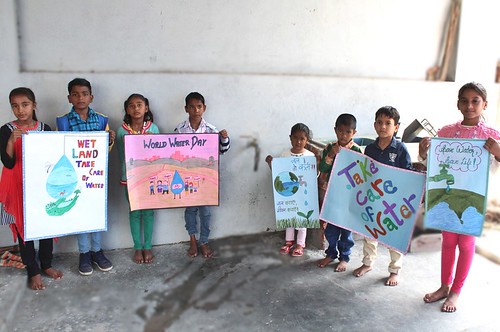 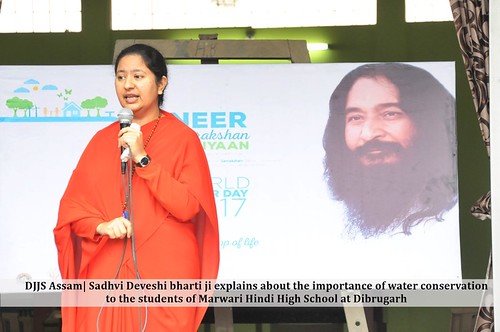 The dedicated preachers of sansthan put forth this year’s theme for WWD, “Wastewater?” before the people and brought up various issues associated with water scarcity. The preachers, then explained them that 80% of water used by humans goes into the drain. The more the water is used, the more the wastewater is produced. According to a UNICEF report, “Nearly 600 million children, or one in four children worldwide, will be living in areas with extremely limited water resources by 2040”.

Stating the above fact, preachers and volunteers of sansthan sensitized masses through various media, such as awareness walk, spiritual program and nukkad natak. Further, programs were also conducted in various schools to make children cognizant of water-based behavior through nukkad natak, lecture and drawing competition. The masses were explained that today, time demands us to ensure that no water is wasted on any single day. Age-old techniques, such as rainwater harvesting and practice of sustainable lifestyles, which have been abandoned with modernization, must be preserved. Volunteers explained people that water, if not wasted or properly treated, can be put to many uses. Instead of putting money on treating the wasted water, which is an expensive job, it is better to keep a check on our actions to ensure that water is not wasted. This requires everyone to first value the resource and also, realize the fact that no water means no life. The people agreed to the ideas put forth by sansthan and took a pledge to inculcate pro-environmental values in their children as well.

As a future course of action, DJJS plans to organize more workshops with children and involve them as volunteers in the future campaigns.