Sensitizing the addicted and enquiring mindsets

An utter necessity of sensitization against the widespread abuse of narcotic drugs and it's increasingly welcoming by large number of people was deeply realized in the territory of Aligarh, Uttar Pradesh. Here, majority of the population abuses one or the other drug and many are gradually getting inclined to substance consumption. Seeing the drastic and haunting situation, an awareness rally of concern and awakening was organised by the torchbearers of Bodh, The Drug Abuse Eradication Program under the affiliation of Divya Jyoti Jagrati Sansthan, founded and headed by His Holiness Ashutosh Maharaj ji, within the geographical belt of Sarsaul in Aligarh, Uttar Pradesh. Such an alarming procession which was conducted on the 30th of December, 2014 was inaugurated by Mr. Rajesh Yadav, Sub. Inspector, Sarsaul. 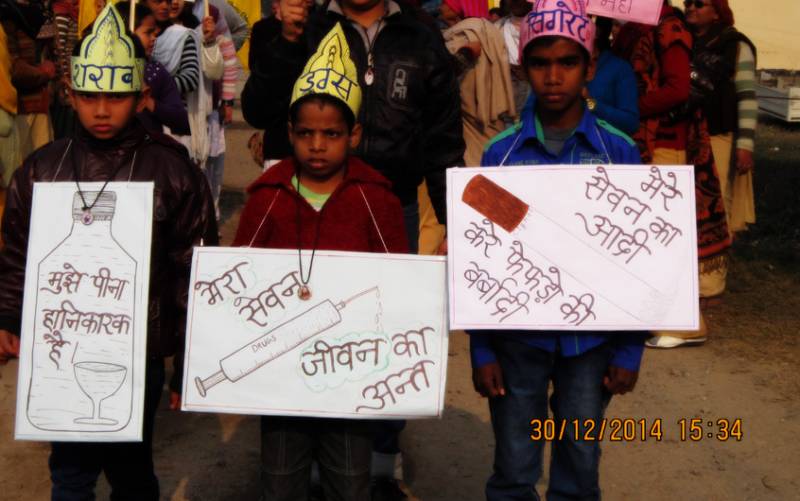 This rally was concentrated at sensitizing the abusers and addicts with regards to injurious and unavoidable effects of substance consumption. Likewise, our efforts were also specifically aimed at cautioning the non users who may enthusiastically or by chance initiate themselves into the wrong habit of drug abuse.

In this way, this procession which was profoundly led by women and children including men, educated both users and non users in discarding and fighting this menace of substance abuse by means of individual counselling and awareness generation in their surroundings.

About 240 citizens were benefitted by this rally which has certainly opened an avenue of positivity and optimism in establishing the healthy nation.