Shri Krishna Katha @ Jagraon, Punjab Enlightened the Path of Spirituality for the Devotees
All Categories

The people of Jagraon experienced divine bliss as DJJS organized Shri Krishna Katha at Geeta Bhawan, Near Subhash Gate, Jagraon, Punjab. It was 5 days long programme that began on 5th Feb’20 and concluded on 9th Feb’20. Devotees and followers from nearby areas gathered in large numbers to enjoy divinity spread by the Katha. Splendid stages and customary worships were the highlight of the event. The event was further enriched with chanting of holy hymns, devotional songs and insightful presentations. Since Ages, Lord Krishna has been described as an epitome of unfathomable knowledge, astuteness, righteousness, divine love and devotion. He is the avatar of Lord Vishnu; he who is being defined as Omniscient and Omnipresent. In our Vedas, he is being described as The Protector of all. He is the Supreme Being who took the different human garbs in various Ages to teach us the essential and unmatched life lessons in the language of the layman.. Lord Krishna’s life is the true manifestation of living an ideal life and doing rightful karma to achieve salvation and inner happiness. Shri Krishna Katha describes the underlying meaning of all Lord Krishna’s leelas as described in scriptures and Bhagavad Gita. The Katha Orator Sadhvi Manasvini Bharti Ji in her discourse included the most comprehensive collection of stories about the life of Krishna, showing him in all the stages and conditions of human life. She further described the Lord Krishna’s teachings and mentioned that he was the Perfect Master in Dwapar Yuga, who blessed his followers with the Divine Knowledge of Brahm Gyan that is actual perception of God within self. The Katha held out the possibility of salvation through devotion (Bhakti) regardless of caste, creed, religion or social status. True Bhakti is possible only when a human being surrenders himself/herself in the feet of a Perfect Master and attains the knowledge of Brahm Gyan. Only then, one can know the goal and target of his/her life. The event was further enriched with chanting of holy hymns & devotional songs and insightful presentations. The melodious bhajans acted as a panacea to divert the minds of masses from materialistic world.

This spiritual program was aimed at building a new, celestial world, where all people dwell under the bliss-imparting shade of peace and harmony, as a single global family - a world with independent but cooperative nations working together, towards peace, security and freedom. The devotees, in meditative poise, collectively prayed for human welfare and world peace. A Spiritual Program Suno Pathik at Dabwali Malko Ki, Punjab, Revitalised the Spirit of Devotees on the Divine Path 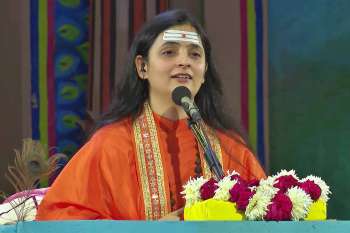