Lord Rama's life and journey is one of adherence to dharma despite harsh tests, obstacles encountered by Him, many pains of life that He had to undergo, and the challenges thrown by the testing Time. As an individual, Lord Rama personifies the characteristics of an ideal person (purushottama), who deserves to be emulated. He had within Him all the desirable virtues that any individual would seek to possess. Divya Jyoti Jagrati Sansthan (a socio-spiritual-cultural organization), established and run under the mentorship of His Holiness Shri Ashutosh Maharaj Ji, is striving to bring about peace and positive changes in the world. Taking one more step in this direction, the Sansthan organized five days Shri Ram Katha at Patiala, Punjab from 14th September to 18th September, 2016. 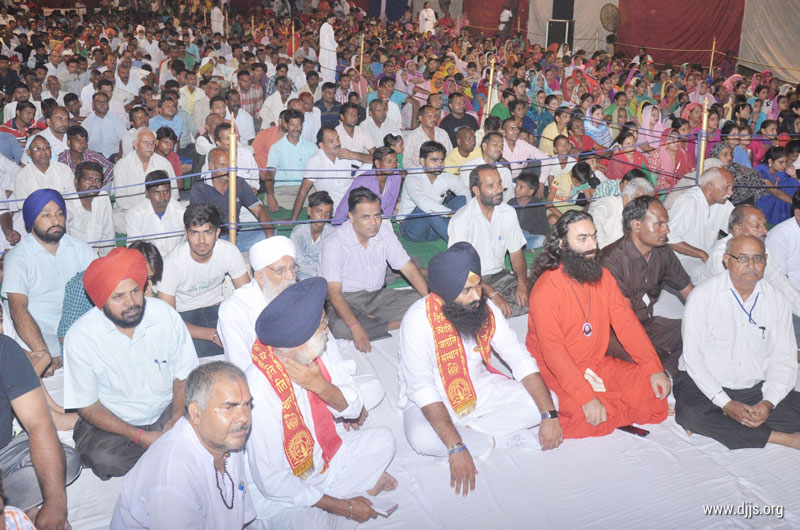 The Katha Vyas, Sadhvi Rupeshwari Bharti Ji conducted the Katha magnificently.  She said that “Lord Rama is revered for his perennial compassion, courage and devotion to spiritual values and duty. Lord Rama was a great king and warrior. He considered His dharma as a son above that of his own birthright. For the sake of His father's honour, Lord Rama abandoned his claim to Ayodhya's throne to remain in exile for fourteen years in the forest. For such supreme sacrifices, and many other qualities, Lord Rama is considered as the maryada purushottama or the best among the upholders of Dharma and God in the form of an exemplary human.”

She further elaborated by saying that “at the time when it was normal for kings to have more than one wife, Lord Rama gave the ideal of having a single wife. Even towards his enemies, He showed great nobility and virtuous disposition. Lord Rama is the ideal conception of manhood.” The katha amrit was supported by blissful spiritual songs that left the masses mesmerized.

She also explained the purpose behind the recitation of Katha that the audience should avail the opportunity to be blessed with Brahm Gyan (Divine Knowledge) imparted by the benign grace of the Perfect Master.  It is an Eternal Technique through which we can own practical experience and realize God. The spiritual session generated awareness about the real essence of bhakti which is the only way to attain global peace by transforming an individual from within.