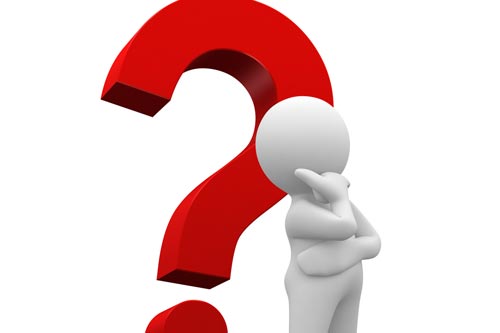 The small boy, Narendra, loved to climb the trees. He often used to go to the park nearby with his friends and oscillate on the thick, fruit-laden branches of the mango trees. The Gardener liked Narendra immensely and had a close intimacy with him. He used to constantly worry about his welfare, whether he would fall from the tree and injure himself. Therefore, one day he summoned Narendra and all other children and said, "Listen, Children, don’t climb the trees. Do you know there lives a “Brahma-rakshasa” (hefty ghost) on its branches? What if he comes out in the open and eats up all of you?"

All the children got terribly afraid. But Narendra asked inquisitively a counter-question, lisping, “Baba, who is this sturdy ghost?”

The Gardener composed an answer immediately, “Those who die an untimely death, they become ghosts.”

Narendra: Untimely?
Gardener: Oh, yes. Suppose, someone dies in an accident, or someone is murdered- on such occasions, take it that death has arrived before time! Then the soul wanders as a 'ghost' from place to place. It begins to pester others.

Narendra: Baba, did someone die an unnatural death below this tree too …so that he became a ghost?
Gardener (Avoiding the question): … God knows….
Narendra: Have you ever seen that ghost?
Gardener: No, I haven't seen. …But I have heard about him from many.
Narendra: Well, you have just heard, not seen him. Then, how are you so convinced about its existence?

The Gardener accepted his defeat and sat head in hands. At last, he spoke, “I don't know anything. I only wish to make it clear that if you climb the trees, the ghost will eat you up! That's it! I have warned you in advance.”

Listening to this, the children shouted in unison and took to their heels. It was sunset. Narendra did not return home. People at home thought that Narendra must be still engrossed in play. As the night advanced, they got worried. The intense search began. They scouted through all the playgrounds where Narendra used to play. Enquiries were made with his playmates. Most of his friends were deep asleep. They were woken up to get the information about the whereabouts of Narendra. But all such efforts were in vain.

None knew anything about Narendra. Finally, one of the relatives of Narendra asked his mother, “Did you prevent Narendra from doing anything of his choice today?” The mother replied, “No, I haven't”. Suddenly then, one of the friends of Narendra interjected, “During the day, the Gardener had prevented him from climbing the trees.” The search party understood the matter immediately. Without saying anything, without further loss of time, they rushed to the garden. On reaching there, they shouted loudly, “Narendra - O Narendra! Where are you?”

Sure enough, they got the answer.

Father: Son, what are you doing over there? Do you know how worried we all were?

Narendra: Father, I am waiting for ghost to arrive. Gardener Uncle told me that he resides on this tree.

Father: No demon lives there! Rush down at once…

Narendra: Then, why did Uncle say so?

Father: He must have lied, so that you stop climbing the trees.

Only after this clarification, Narendra climbed down from the tree! "Without actually seeing, how can I believe? Without the first-hand experience, how can I give credence to its existence?" This was the principle thought of child Narendra. And taking this notion as a corollary, he advanced for a sincere search for God too- to gain the practical perception, face-to-face experience of this universally talked Person. In this course, he knocked the doors of a number of preceptors and spiritual teachers. Shot the same question to one and all- "Does God exist?" Whosoever answered in affirmative, intuitively he used to ask him next- "What is the proof? Can you show Him? Can you make me meet Him?" The so-called Gurus or self-proclaimed preceptors gave thousands of round-about explanations, flowery theories, and logical arguments just to suppress the force of his questions. But Narendra stood firm. He continued to trumpet, "If God is there, show Him to me!"

Ultimately, he happened to enter the portals of Sri Ramakrishna Paramhansa's abode, the Genuine and Perfect Teacher of his time. To Narendra's fiery question-"What's the proof of God's existence?", Paramhansa graciously answered- "See Him for yourself- That's the ultimate proof!" Subsequent to this declaration, He made Narendra see God- instantly! Actually! Within the inner-premises!

Only this direct and practical experience, and nothing less than this, made Narendra accept the existence of God! And having accepted this Truth, he surrendered his whole life for His sake! It was the same Narendra who, with the grace of his Guru, later metamorphosed into Swami Vivekananda- a renowned spiritual monk. His principle message to the entire mankind was, "Those who haven't seen or experienced God, what right do they have to talk anything about the Soul or the existence of God? If God is there, one must have His direct experience. If there is anything like Soul, seek its realisation (through an enlightened Guru). Otherwise, it is better not to trust! Instead of being a hypocrite, it is better to be a plain-speaking atheist of firm convictions!”