Are WE Ready to BRING About the CHANGE? 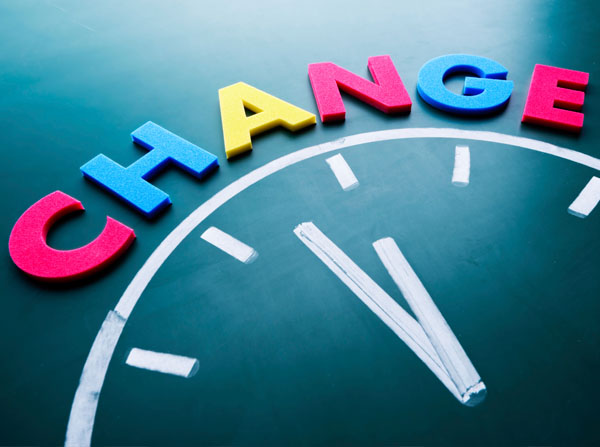 Have you ever witnessed a forest set on fire? The grand empire burning down to ashes, but in that hour of downfall also, the forest emperor standing tall in vanity…

In no time the grand empire which once stood lush and green is reduced to nothing more than a dark dead patch. And then there is that long waiting period for life to sprout again!!

Does this ring a bell??

This forest set on fire is no different from state of our world burning each day in rising flames of our innumerable social, economic and political problems. And we, the human race, reside as the emperor of this grand empire… Our empire is set on fire, but we stand in pride, dancing to the tunes of greed, passion, lust and rage. With no extinguisher in place, this fire is bound to grow and gulp in the whole empire in no time.

Definitely, we are all aware of all this. Newspapers keep regurgitating these stories. Visions of change have become an inseparable part of our coffee break… But WHAT change are we talking about??

A lush green forest, losing its beauty in the hands of fire needs to be restored back to its beauty…We want to set the chaos right. We want an ever-growing, blossoming new world. Then what is stopping us from bringing this change?

We can innumerate a thousand problems which scar the face of the world; we can have another hundred thousand perspectives to dissect each of these problems; another hundred thousand policies can be put in place to deal with these problems. But the point is that after all these discussions, all this sharing of information, after all these policies, all these public campaigns, the fire is just intensifying, the problems are ever growing… the call of change rising unanimously from all directions simply seems far from realisation.

The million dollar question here is WHY is the CHANGE not coming?

A quote by an American scientist, Peter Michael Senge, throws light on this WHY. He said,

We are a society which desperately wants change, but is itself posing the biggest resistance to the change it wants. We are caught in the play of Social Inertia.

In 2006, a poll was carried out in the Unites States asking its citizens their opinion on whether climate change is real or not. In response, 85% of the U.S. population indicated their belief that global warming is “probably happening”, while half asserted that the issue of global warming is “extremely important” to them. Ironically, the ubiquity of single occupant vehicles on U.S. highways remains undiminished.

It seems as if the sense of Urgency is just restricted to words. This is just one case of the social inertia. Likewise, take up any social issue – water conservation, gender discrimination, molestation, corruption, terrorism for that matter and do a Self-assessment.

Socialists often say that adverse consequences of the prevailing problems would come as a jolt to the masses and awakening would come subsequently. By logic, this phenomenon does seem to be a reality and the protest marches, the media campaigning do legitimise this argument. But the psychological phenomenon which counter-balances this action-reaction tendency is the famous “Life goes on” tendency.

Gruesome incidents, hue and cry on environmental issues do wake us up for a moment. But in no time cries die out, memories fade out and “Life goes on”. We get so engaged in our little lives that the responsibilities towards the larger change are forgotten. We fail to change ourselves.

Yes, a jolt is needed to awaken us, the physical and mental jolts need a foundation to last on; they need a medium where correct habits can be formed and we get shaped into responsible citizens. The medium cannot be external; we are the medium ourselves. We need to start the process of our change…the jolt needed is a spiritual Jolt, which can shake us out of our state of inertia and can awaken us to our spiritual plane – the most elevated and most powerful plane of our existence. Only then will we rise up to our responsibilities and take charge of our empire in full spirit.

The solution is there, but the question is – ‘Do we have the urge?’

Change can come anytime, the high flames of fire can be extinguished, but are we ready to unleash the fountains of wisdom within!!

Find an answer and begin your exploration for a true spiritual awakening!!