Push Off the Cliff! 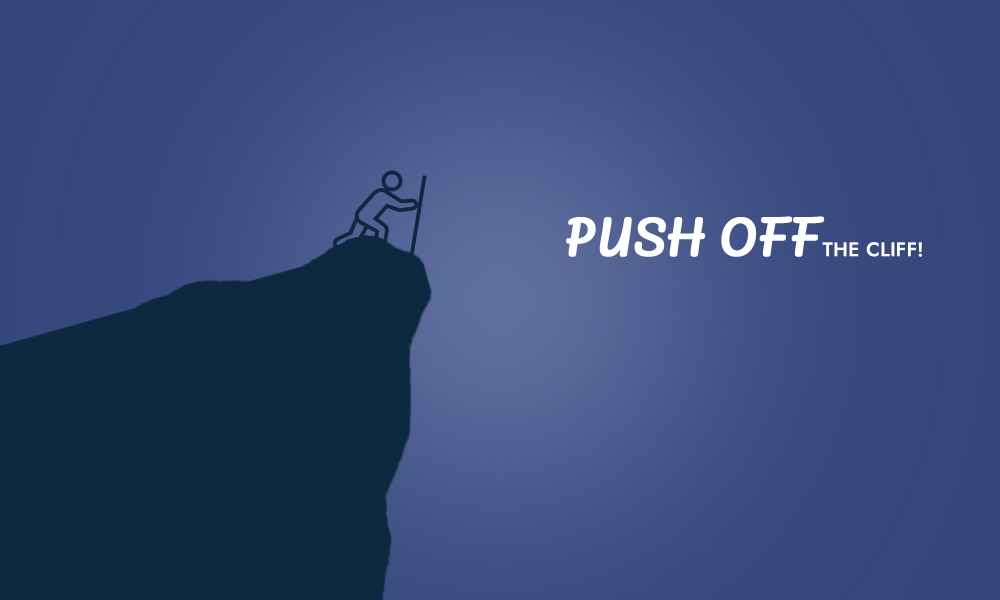 Interdependence among human beings is the intrinsic nature of a social system. Sometimes, individuals also get addicted to some things that start influencing their everyday behavioural pattern. These dependencies can be satisfactory until they harm the growth or development of those individuals. Such is the story of a poor family whose dependence on a buffalo became an impediment to its progress.

Once, a Chinese wise man was travelling along with his follower. During their travel, they stopped at the hut of a family as they felt hungry and also needed some water to drink. The hut was located at an isolated place and a man lived there with his wife and three young children. They also had a buffalo that looked thin and tired. They offered warm hospitality to the wise man and his follower. At a point somewhere in their conversation, the wise one asked that man as to how they survived in that remote and poor place? Indicating the presence of the buffalo, the man revealed that it kept them going by providing milk. He said that they converted some of the milk to cheese and then they exchanged extra milk and cheese with other food items in the city. That's how their survival was supported.

The wise man left from there after expressing thankfulness for their hospitality. The moment he reached the first bend in the road, he asked his follower to go back to the hut, take that buffalo to the cliff and throw it from there. Showing his reluctance to do so, the follower expressed that the buffalo served as the sole medium of that family's survival and so he did not have the courage to throw it. His master ordered him again. Therefore, he had to follow the command, though unwillingly. He did the same as instructed by his master. But, the regret of throwing that buffalo kept haunting him even after years had gone by.

A day came when his guilt reached its peak. He left his master and came back to that place to find out the situation of that family and to apologise or help them. The moment he reached there, he was shocked to see that the entire scene had transformed. A poor hut was nowhere to be seen; instead, there was a grand house with green surroundings and other lavish facilities. He found that three nice looking teenagers and their parents were engaged in a big celebration.

Negative thoughts started puzzling his mind as to what might have happened to that poor family. They must have sold their land and left this place. He went near that house and inquired from a person passing by about the situation of the family that lived there. The answer left him totally stunned. He moved forward and recognised the man who used to be the same poor man many years ago. He could now also identify his wife and teenage children. He told him about his visit years ago, along with his master, and asked what they had done to improve their situation. The man smiled and answered that they had a buffalo. Their dependence on it was the sole means of their survival. One day, it fell off a cliff and died. So, they had to rise up and start developing their skills to secure their living. Their intention of making things better changed their condition and the standard of living.

Friends, does this relate to our lives as well? Indeed, it does! Be it personal or professional life, our dependency even on small things becomes the biggest hurdle in our growth. Therefore, all that we need to do is to push our buffalo off the cliff and set ourselves free of such obstacles like mental blocks, attitudinal differences, ego clashes, mind-set problems, etc., in order to tread the progressive course of life. Once we remove these hurdles, and rather adhere to passion, hard work, and determination, our success will be ensured and we would cherish the fructification of our dreams.