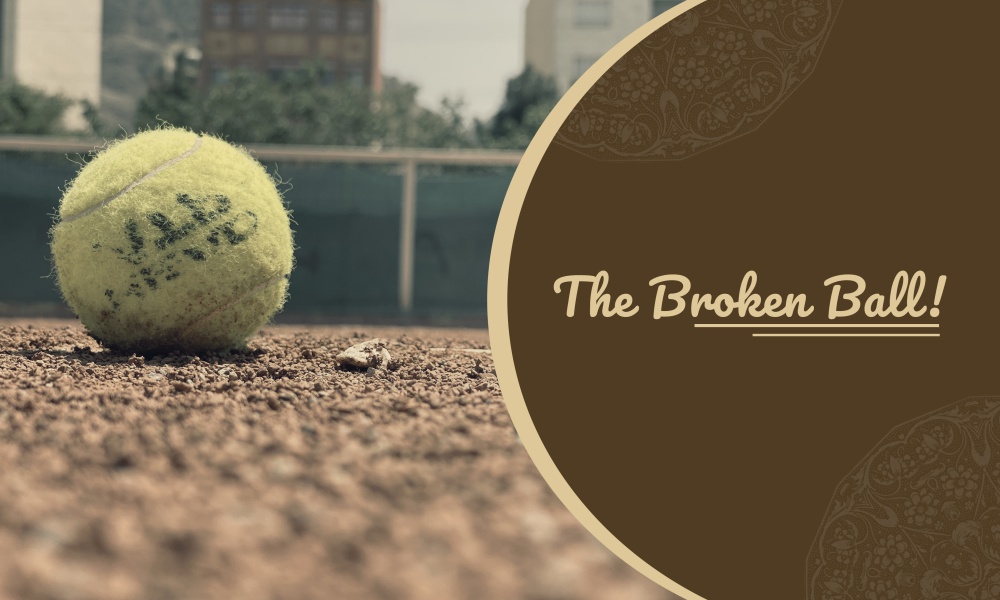 The ball, which was purchased just five days ago, laid broken on the floor. The rubber within it was drawn out. The pieces of the outer shell were strewn all over. Nearby, a boy of around 7-8 years was sitting. His naughty and calculative brain was engaged in yet another mysterious activity. He was peeling the layers of a spinning top (A conical child`s plaything tapering to a steel point on which it can be made to spin.) one by one and its little wooden pieces were lying scattered here and there.

On seeing that, his mother's patience came to naught. She reached up to the boy and began to scream– “Now, what is this novel mischief? Why are you bent upon reducing this spinning top to shreds? You have already broken that new ball into pieces. What sort of game is this? Children of your age play with such things. They keep their toys in good condition at least for one year. They enjoy playing with toys. But, what about you…only within a few days you spoil everything that is brought for you to play. You reduce them into pieces and throw them away. What pleasure do you get in reducing them into shambles?”

The boy collected all the pieces of the ball and sat before his mother. Looking at those pieces that he held in his cupped palms, he said, “Dear mother! I played for one whole day with this ball. I really enjoyed throwing it into the air again and again. But, mother, when I was throwing it up, my mind turned inquisitive.”

Mother (enthusiastically): What sort of inquisitiveness?

The Boy (scratching his head): I wondered why does this ball jump? Is there some element inside it for this or its outer shell has something that makes it happen? Or, is it because its shape is round? To know the reasons, I first removed the outer shell. I realised that the shell is made of such a stuff which expands and shrinks. Then I examined the inner contents of the ball and found that the inside material is also made of some soft substance, which springs on being given a blow. The round shape of the ball also contributes to its jumping effect, as I found out that its pieces do not own that quality in the same measure. …Mother, what shall I do? I do not enjoy playing with the ball that much, as I do by exploring these details!

The mother was taken aback! Then all of a sudden she said, “Okay, now what research is going on with this spinning top?”

The Boy: I want to know how this spinning top rotates on the tip of a single needle and how it maintains balance in that process. Is there the role of its shape in its functioning? I think that our Earth also rotates like this. Tell me, Ma, do you also think so?

Mother (reprovingly): I do not know whether to laugh or cry looking at your strange acts. Whether to salute your extraordinary level of thinking, or to rebuke you for your deliberate acts of mischief! Whatever it maybe! But, your habit of reducing the new things to shreds is not a good idea and it torments me.

The boy remained silent that time. He resumed his job of peeling the spinning top. And, the mother, with her dilemma, engaged herself in domestic chores.

But…years later, time provided a solution to the dilemma of the mother. His child grew up and later attained fame as “Maharishi Kanaada.” He was the ancient Indian scientist, sage and philosopher who founded the philosophical school of Vaisheshika and authored the text Vaisheshika Sutras or Aphorisms. He was the one who discovered the 'atom', which constitutes every object in this universe.

One day, Maharishi Kanaada was sitting under a banyan tree in his university. His students sat around him and were anxious to hear revelations from their Master. At that time Maharishi Kanaada remembered the dialogue he had with his mother. He spoke, as if he was answering to his mother– 'What to say of the material objects– if we do not break them, one day the fleeting time will reduce them into shambles. Each material, each substance, on account of its inherent nature of transiency, one day will see the end of its existence. But, the knowledge that we acquire by exploring these objects is immortal. Therefore, the knowledge derived out of the objects is supreme to the objects themselves. Look at it, only by dissecting the objects I could discover the knowledge of their underlying unit, i.e. the 'atom'. This “atom” is the “lamp of knowledge” which will continue to give light to humanity for ages to come.'

Disciples: But Gurudev, is this the final frontier of discovery? Is there nothing beyond this? Should we limit ourselves to this point?

Maharishi Kanaada: No dear ones! The discovery of the atom is just the physical aspect (related to physics). Moving further, we need to take inspiration for the spiritual discovery.

Maharishi Kanaada: Just as by dissecting the gross material, I was able to discover the atom; similarly, on the basis of the spiritual power (by diving in the inner world) when we will peep into each and every atom of this Creation, we will be able to discover 'Brahman'– the primal foundation of Creation! In reality, this shall be the final frontier of our investigations, reaching which we shall attain the ultimate state of satisfaction!

Get such Inspiring Articles, Soulful Stories, Thought Provoking Facts and much more... at http://www.djjs.org/akhandgyan