With the auspicious grace of His Holiness Shri Ashutosh Maharaj Ji, Divya Jyoti Jagrati Sansthan is spreading the aroma of peace and humanity all around the world through the vedic spiritual science of bhakti. To keep this spark sweltering within the hearts of masses, DJJS organized spiritual congregation at Dabwali Malko Ki (DMK), Punjab on 2nd April, 2017. Devotees also look forward to such congregations in order to get surcharged and succeed in their personal, professional, and spiritual life. People from near and far areas gathered in large number to attend the event. Innumerable devotees who have been enlightened from within and learned the art of bhakti with the valuable grace of His Holiness Shri Ashutosh Maharaj Ji are now awaken souls and are determined towards the goal of “World Peace”. 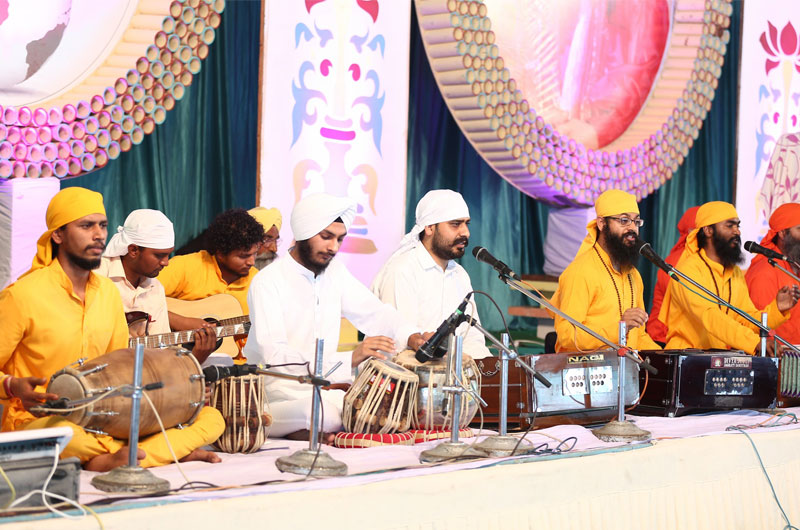 The preacher disciples sang many motivational and devotional bhajans followed by a series of discourses which enlightened the hearts of people and motivated them to accelerate their speed on the path of bhakti. The orators voiced that “Bhakti is the science of sciences and has immense potential to uplift a person to his ultimate true and pure self”. They gave many examples from the scriptures in support of the said statement clarifying that how bhakti brings positive changes in a person’s life. One of the highest level of bhakti is ‘SAMADHI’.

The learned preachers also discussed various important points that a disciple must keep in mind while walking on the path of bhakti. Spirituality is the only way through which we can attain peace both inside and outside. One who walks on the divine path of bhakti under the guidance of spiritual mentor is able to attain both the spiritual and worldly goals of life. Our scriptures are full of examples stating that how spirituality brought immense change in the life of people. Even the demons where transformed into saints.

The invaluable experiences shared by the preachers in the program helps to bring constructive changes into the lives of masses and acts as much needed booster dose. The discourse ended with the distribution of prasadam and people took invaluable learnings with them.