A three days mega event of Ram Katha Gyan Yagna was organized by the Allahabad branch of DJJS at Rai Bareilly (U.P) from 2nd September to 4th September 2015. 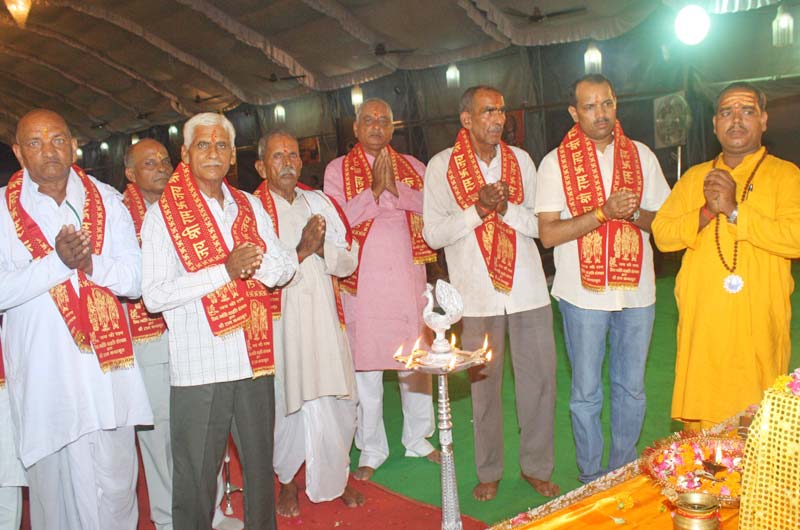 Sadhvi Praveena Bharti Ji, katha vyas and disciple of Shri Ashutosh Maharaj Ji brilliantly unfolded the profound secrets of Lord Ram’s divine play in the treta yuga. With the grace of her Sadguru, Sadhvi Ji explained the teachings of Lord Ram, who descended in human garb during the treta yuga to lay the foundation of good virtues and morals. Sadhvi Ji reiterated that Ram Katha is not merely a story of Lord Ram; rather it is a guiding light for the entire mankind. Each action of Lord Ram, whom Maharaj Ji rightfully terms as the ‘Right Action Man-RAM’, holds a deep-rooted meaning that enlightens a believer’s path. In treta yuga, evil prevailed, mankind was besieged with demonic forces which Lord Ram witnessed and vowed to rid mankind of. He lawfully performed all his duties, as a son, husband, brother and above all a perfect king. He laid the foundation of “Ram Rajya”.

His exile may seem full of misery to the materialistic eye; however, a spiritual eye recognizes the myriad context it holds. Its relevance is obvious when Lord Ram finally defeated Ravana and liberated Mother Sita.

Sadhvi Ji also spoke about the innumerable problems that the world faces today: youth drowned in drugs, government engrossed in corruption, poverty on an upward spiral, crime surpassing all boundaries, to name a few. She asserted that an incarnation just like Lord Ram is the desperate need of the hour, one that can rid the world of all the evils.

'From the unreal lead me to the real,
From darkness lead me to light,
From death lead me to immortality.’

Mankind today needs a Spiritual Force, which can answer this prayer.

Sadhvi Ji laid special emphasis on the power of Divine Knowledge (Brahm Gyan), which is the eternal technique of self-realization. It empowers an individual to see the TRUE LIGHT within. She further emphasized that the world today needs such enlightenment to rid it of all the darkness, as darkness can only be removed if we step into the light. She reiterated how ‘Practical Spirituality’ is the gateway to complete personality development. Brahm Gyan only has the power to physically, mentally and spiritually uplift humanity.

The program was a great success marked by the presence of thousands of devotees. The program included devotional and divine bhajans, which further accentuated the spiritual environment.