Shrimad Bhagwat Katha Elucidated Krishna as the Spiritual Teacher of the Gopikas at Pitampura, New Delhi Sadhvi Aastha Bharti Ji, preacher disciple of Shri Ashutosh Maharaj Ji, pointed out that in today’s time the youth of the entire world is in the vicious grip of physical pleasures. One can look around and see that the human body is being represented in a crass manner. This is having an adverse effect on the minds of the youth for it makes them think that physical pleasures alone bring happiness. This distorted understanding of the world is argued for by citing the case of Lord Krishna’s play with the Gopikas/Gopis (Milk maids) of Vrindavan. It is argued that Lord Krishna’s equation with the Gopis was earthy, and if Lord Krishna being a God also had worldly interests, then there is nothing wrong with people’s desire for worldly pleasures. Sadhvi Ji said that this narrative proves that the human body is not the end in itself. On the contrary, human body is a means to attain divine knowledge, to witness the divine within, to connect with the divine forever. This is possible only when a true enlightened spiritual teacher imparts the divine knowledge (Brahm Gyan) to the human. It is this knowledge that alone can shatter the illusion of today’s youth and make them attain true happiness; happiness that is not dependent on worldly achievements. Sadhvi Ji concluded the Katha by urging the audience present there to attain Brahm Gyan from a true Guru and asserted that DJJS will always remain an authentic option in their journey to enlightenment. 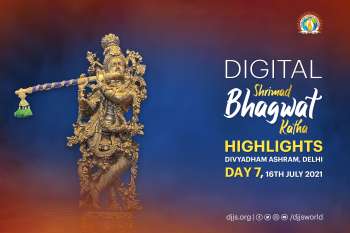 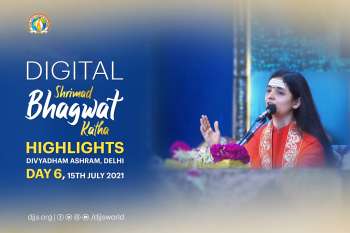 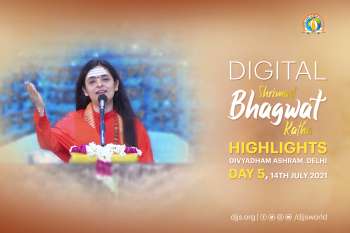 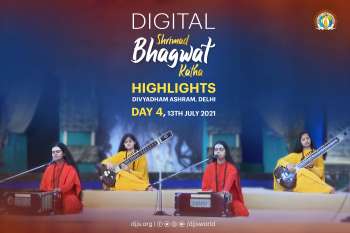