Birth of daughter is a curse or a blessing?

Birth of girl child is a blessing for the sensitive and awakened ones. Those dedicated the festival of Lohri to the birth of their daughter. They say – Its a symbol of happiness and we need to welcome the new member with open arms, gender notwithstanding. Endeavouring to inculcate this emotion, DJJS under its Gender Equality program "Santulan" has been reinvented the festival of lohri as Girl Child Lohri and is running perpetual campaigns over the subject of saving girl child on the same fest since many years.

With great awareness created by gender experts of the sansthan over causes and repercussions of female feticide, the trend is catching up and is now followed by many hospitals, educational institutions, NGOs, radio stations etc in the periphery of DJJS centers. Where Lohri is celebrated with added excitement on the birth of a male child, a common sentiment to encourage and celebrate the birth of girl child was shared through the festivities. 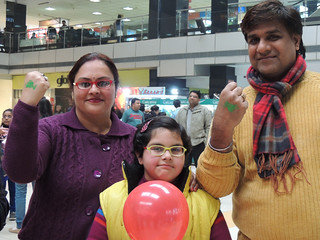 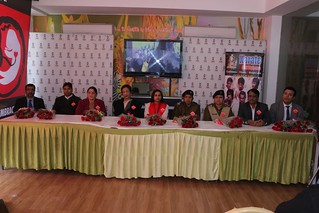 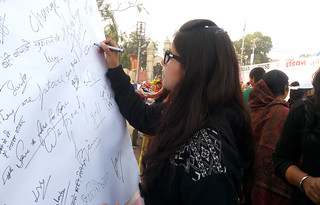 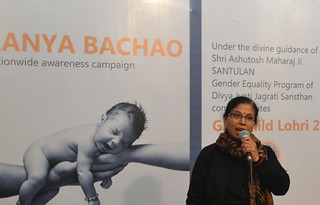 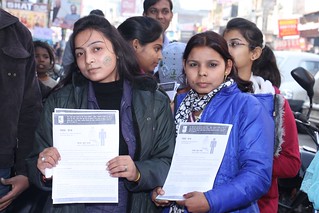 In the same vein as previous years, the branches of DJJS celebrated the festival with variety of cultural and social awareness activities including awareness desks and counters at public places that disseminated pamphlets, handouts and brochures in large numbers to sensitize the masses towards girl child. And after days of awareness drives throughout the country the festival was commemorated at the note of bonfire-the tradition, with determined resolutions for care, value and celebration at the birth of girl child. Having its roots in Punjab, the festival was celebrated there along with cities like Chandigarh, Amritsar, Jalandhar, Pathankot, Tarn Taran, Kotkapura, Sirsa, Meerut, Gwalior, New Delhi and many more.

Sukhbir Kaur Mahal, Principal, Khalsa College for Women stated, “We need to change our mindset. Girls are scaling newer heights, even doing better than boys in many respects. The gradual change is for the good, but a better tomorrow for girls needs extensive awareness. A newborn girl child equally deserves Lohri celebrations, a trend confined earlier to the newborn boys alone.”