BODH | Students at Jaipur, Rajasthan painted their canvas, this time, for Awareness Generation and not for Fun Being the most vulnerable target group among illicit drug markets, prevention is the best tool that has works among school students. 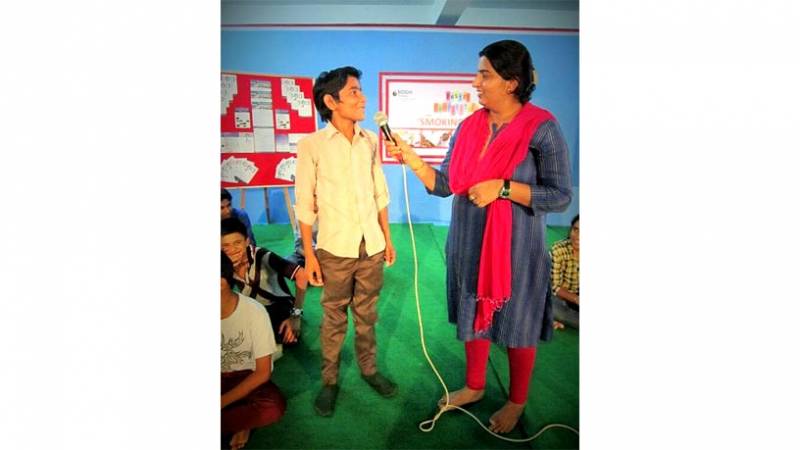 Children start consuming drugs for a number of reasons, out of curiosity or need to cope with stress but this Drug Abuse leads them to a complex set of social, medical and economic problems with serious implications.

But, this Poster Making Competition in Jaipur, inaugurated an effective and meaningful opportunity for the students to showcase their creative talents with an  aim at generating awareness amongst them, thereby, helping the country as a whole in reducing the number of addicts with regard to the number of children, beginning to smoke every year.

“The purpose of this competition is to create awareness about Smoking, the most used gateway drug among youths” said Sadhavi Arya bharti Ji, the branch coordinator of Jaipur. “We also discussed with children, various facts and their real life instances related to the theme while they were drawing the posters", she further added.

A small activity was conducted amongst the students by Sadhavi Gurpreet Bharti Ji to discourage them for the first use of substance abuse because she believes that sometimes even a single session of repeated substance abuse can disrupt heart rhythms and cause death from cardiac arrest or lower oxygen levels, enough to cause suffocation.

Almost 40 students participated and best three posters will receive the prizes in the conference to be held on 15th June 2014 in Jaipur, Rajasthan.