Divine Mystic - A Musical Reverence to Shri Guru Ravidas Ji Paved the Way towards Bhakti for the People of Ludhiana, Punjab
All Categories

Divine Mystic - A Musical Reverence to Shri Guru Ravidas Ji Paved the Way towards Bhakti for the People of Ludhiana, Punjab

Divya Jyoti Jagrati Sansthan (DJJS), established and run under the mentorship of Shri Ashutosh Maharaj Ji (Head & Founder – DJJS) is continuously working towards achieving its objective of “World Peace” by enlightening the people all over the world about the importance of Bhakti in life and the art of Spiritual Knowledge. Moving forward in this direction, DJJS recently organised a spiritual program at Ludhiana, Punjab on 31st December, 2017. Large number of devotees gathered to attend this peaceful and spiritual concert. The theme of the program was “Divine Mystic - A Musical Reverence to Shri Guru Ravidas Ji”. Various dignitaries also marked their presence in the program. The devotional bhajans sung by the disciples of Shri Ashutosh Maharaj Ji proved to be a spiritual delight for the starving souls. The congregation was spurred by the inner meaning that each of the inspirational bhajan evoked.  And, as the evening progressed the audience could be seen fully captivated within the glorious music. The harmonious vibrations of bhajans are filled with the intense yearning for God.

True happiness lies in realizing true holiness, no happiness is there in accumulating wealth. The accumulation of wealth is a storehouse of miseries. The tremendous impact made by Guru Ravidas Ji on the ritual-oriented and class-ridden society is evident from the reverence with which contemporary and subsequent spiritual teachers refer to him. Thus Guru Ravidas Ji, who came from the lowest caste, rose to the pinnacle of spiritual glory and preached his message fearlessly to men of all castes and creeds. The Brahmins who initially opposed him came to realize Guruji's greatness, and many of the Brahmin chiefs bowed before Guru Ravidas Ji in reverence. The orator Sadhvi Tripada Bharti Ji, disciple of Shri Ashutosh Maharaj Ji, enlightened the profound implication of each bhajan and enlightened the people with valuable teachings of Guru Ravidas Ji. Their valuable teachings are a great treasure for those who want to, or are heading on the divine path of bhakti to get liberated from all the shackles. Guru Ravidas Ji gave teachings on universal brotherhood and tolerance. He has given variety of spiritual and social messages through his great writings of poetry to his lovers, followers, community people, and society people to reform their mind and show their boundless love towards God.

Life is ephemeral and what happens today is not going to exist forever. It takes ones to the realm of spirituality where there is infinite freedom from worldly bondages. The event certainly accomplished its motive of raising awareness of such a vital part of human life that is learning the real art of meditation i.e. “Divine Knowledge” through the Perfect Master of the time to practically experience and realize god. The perfect masters, time and time again eulogize the correct and the divine meaning behind everything, thereby showing the correct path of spirituality and awaken the divinity within. The divine knowledge, thru which, a man can reach the stage of immortality and experience true oneness with the Lord for eternity. It is only through self-awakening one can comprehend his true self and experience interminable peace & joy. The divine magic, after immersing oneself deep into the ocean of Brahm Gyan, can definitely be felt and its huge positive impact sets the very foundation of change in the world. The Orator beautifully quoted that - “If one realizes his own Self, then he himself is an Absolute Supreme Soul (Parmatma).”

The program received energetic gratitude from the guests and visitors. The masses of the region gained in-depth understanding of spirituality. The program was a huge success and left the gathering wanting for more. By the end of the transcendent evening, the audience was fully enraptured and immersed in the waves of sanguinity. The purpose of this spiritual concert was to invigorate the masses to help them find a path to greater consciousness. The program was concluded gloriously with the message of “Brahm Gyan-The Science of Human Transformation from Within”. 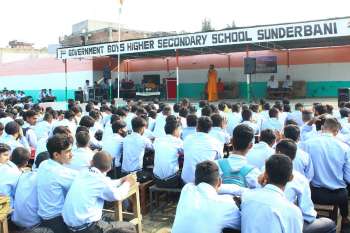 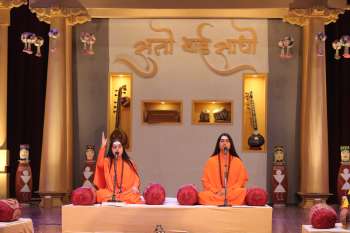 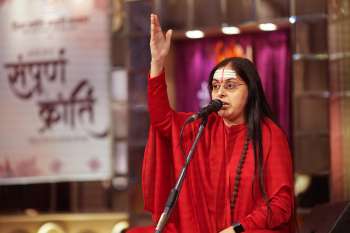 Sampoorna Kranti, a Devotional Concert, Accentuated the Need for 360 Degree Revolution in Society at Amritsar, Punjab Devotional Concert Unlocks the Divine Technique of Connecting with God at Faridkot, Punjab