Manthan SVK organized medical health checkup camps at various locations during October-November. Students and parents attended the camp in large numbers, where they were examined for various diseases and infections by a panel of doctors. On 7th November, a camp was organized at New Kitchlu Nagar where Dr.Maninder kaur biswas (I.R.S.) and Dr.Manju Nahar examined the children and parents. Total beneficiaries included 60 students and 25 parents. Dr. Manju examined the students and said that most of students are undernourished and weak. The reason behind these infections and malnutrition is the lack of balanced diet and unhygienic conditions. Dr. Maninder talked on the need of balanced diet and provided tips on personal hygiene. Another health camp was organized at Manthan SVK, Ashok Nagar on 29th October. Dr. Sapna and Dr. Promila examined the students and parents. Most of kids suffered from infections and viral fever. They also talked about wrong eating habit of kids, which leads to weak immune system- a cause of various diseases. She highlighted the importance of healthy eating and physical activities. The camp benefitted helped 109 beneficiaries.

On 28 November, another health camp was organized at Gopal Nagar, where Dr .Moudgill talked about importance of personal hygiene and stressed on need of washing hands and brushing twice. Dr. Shashi talked about balanced diet and its effects. Dr. Promila discussed home remedies for treatment of worms in stomach. Sadhvi Pradeepa Bharti Ji discussed the importance of healthy body for concentration in studies. The doctors examined students for various infections, anemia, and prescribed medicines and checked their eyesight. Sadhvi Pradeepa Bharti and Sadhvi Rajni Bharti along with a panel of four doctors attended the entire event that witnessed a total of 140 beneficiaries, including 90 students and 50 parents.

Another health camp was organized in Ludhiana on 18th September. Dr. Moudgill discussed the wrong eating habits of kids with parents due to which they fell ill and suffered various infections. He examined the students and parents and provided medicines. Sadhvi Veeresha bharti talked on the importance of hygiene. A total of 100 beneficiaries were examined during the camp that included 60 students and 40 parents. 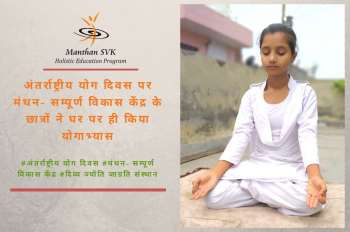 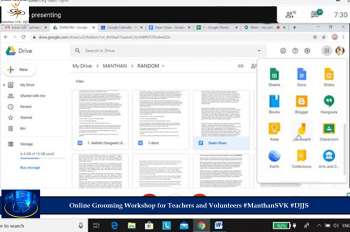