Celebrating unity, harmony and synthesis residing in the hearts of the people of India, Antarkranti organised a one day event “Vande Matram” on 15th August in the premises of District Jail, Sirsa.

The program was marked by the presence of eminent guests Amit Bhadhu and Varun Kumar, Deputy Superintendents along with over 500 inmates comprising of both males and females.

The event commenced with the Lamp Lightening Ceremony by Mr.Varun Kumar along with DJJS preacher Swami Dheeranand ji.

Brimming with the pride for the nation, Sadhvi ji harmonized some of the popular songs like “Hai Preet Yaha ki Reet Sada”, “Mera Rang de Basanti Chola” and “ Saare Jaha se Achha” and a sense of patriotism reverberated in the air. Further, Swami Dheeranandji stressed over the fact that “A Nation’s culture resides in the hearts and in the souls of its people “. Through his sermon, Swami ji made an enthralling effort to bring about the realisation in the hearts of the inmates about the forgotten holy culture and bygone moral values. In the end, he emphasised that the need of the hour is a structural change of mind set which could wholly bring about a change in our lifes.

Towards the end of the program, a reignited spark of patriotism could be sensed amongst the audience. A determination to bring about an ideological change in themselves as well as to make an effort to reincarnate the moral and cultural values in the society was evident from the side of the audience.

As a valedictory remark, the Mr. Amit Bhadhu extended his warm wishes to the audience on the occasion of Independence Day. Furthermore, he acknowledged and appreciated the efforts and the stirring work of Antarkranti 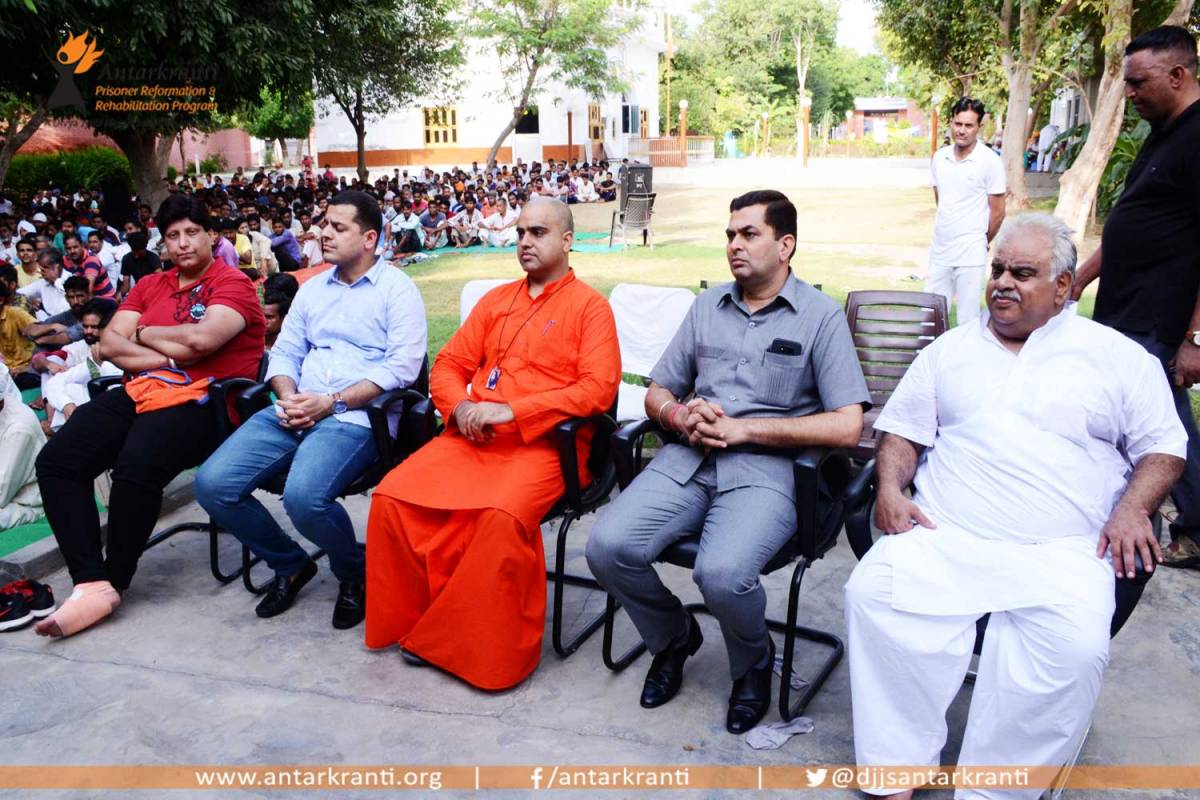