To familiarize the masses with the concealed divine interpretations behind Maa Bhagwati’s acts and to invoke in masses the spirit of divinity, DJJS conducted Maa Bhagwati Jagran at Tangra, District Amritsar, Punjab on 28th October, 2018. The Jagran was full of inspirational and insightful bhajans, with lots of positivity and charged everyone to get connected with the inner world, and their true inner self.

Sadhvi Manglawati Bharti Ji and Sadhvi Saumya Bharti Ji, orators of the program beautifully quoted that Maa Durga represents the power of the Supreme Being that preserves moral order and righteousness in the creation. This form of the Goddess is the embodiment of feminine and creative energy (Shakti). She is the fierce form of the protective mother goddess, willing to unleash her anger against wrong, violence for liberation and destruction to empower creation. She was the divine personification of the combined energies of all the gods in the form of weapons and emblems (Mudras). She eliminates evils from the minds of all as well as from the society as a whole. 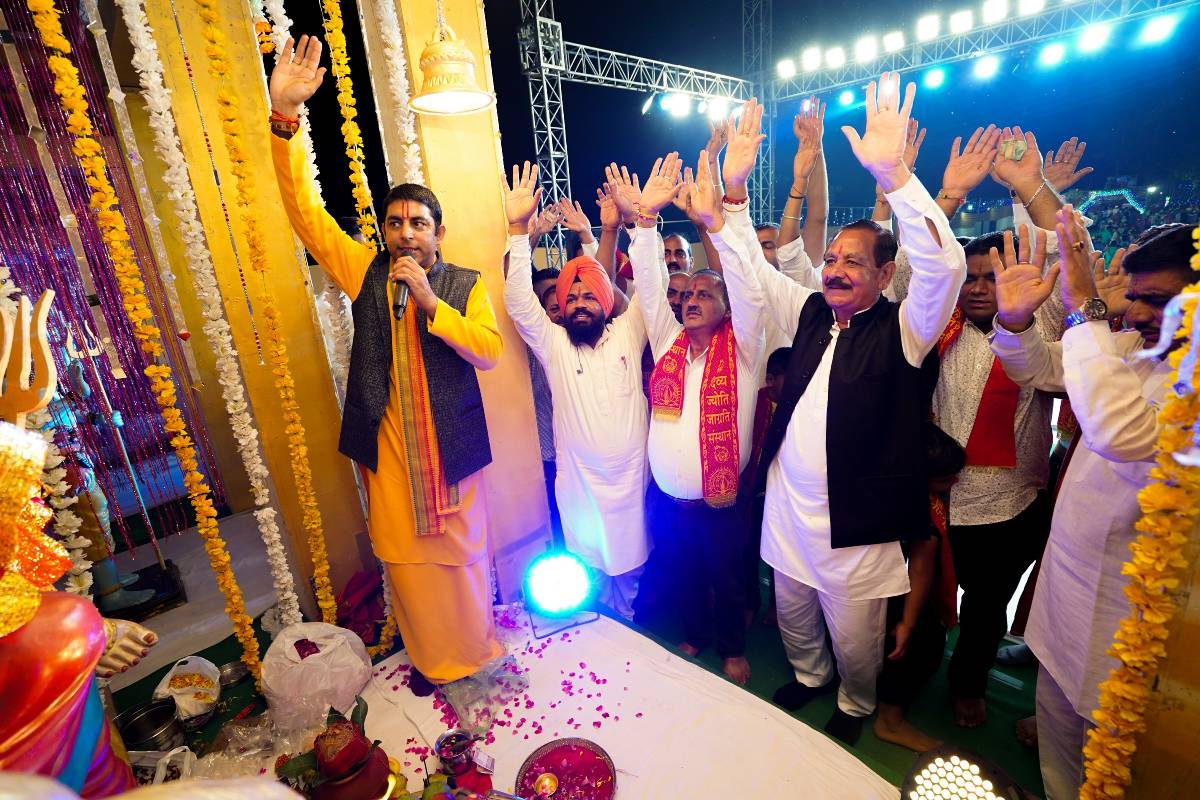 As Mahishasuramardini or Shakti, she is the destroyer of evil - with her ten mighty arms carrying lethal weapons with which she triumphantly slays the demon Mahishasura. She is also equated with the concept of ultimate reality called Brahman. She is the embodiment of purity, knowledge, truth and self-realization. The highest form of truth present in any being or Jiva is known as "Aatman" or supreme consciousness. The orators highlighted that - As it was once emphasized by our revered Gurudev, “To heal the world, heal humans! And, to heal humans, heal their minds by bestowing the supreme science of ‘Brahm Gyan’.” This science of Brahm Gyan reveals the interconnection of an individual with self.

Through moving, energetic, and devotional bhajans, the preachers sang the glories of Maa Durga. The glorious Jagran motivated the audience to be willing to change themselves positively, and keep treading the path of truth and divine. Congregators were enlightened with the divine words of spiritual discourses, and felt supreme enthusiasm within.