“Bombs and pistols do not make a revolution. The sword of revolution is sharpened on the whetting stone of ideas,” asserted Shahed Bhagat Singh (28-9-1907-23-3-1931), one of the most important revolutionaries of the Indian Independence Movement. To remind the people of the great sacrifice made by this revolutionary patriot, a Motor Cycle Rally was organized on the eve of his 109th Birth Anniversary at Suratgarh (Rajasthan) Branch of Divya Jyoti Jagrati Sansthan. The enthusiasm, commitment and discipline exhibited by the participating youth disciples of His Holiness Shri Ashutosh Maharaj Ji, the Founder and Head of the Sansthan, won the appreciation of the viewers who thronged on either side of the road through which the rally passed through. Many joined the rally with their vehicles and as the rally progressed it had grown much in size. The role of the younger generation is important for the growth of a nation. The youth with constructive ideals can build a nation and the youth with the destructive ideals can break a nation.  In the prevailing circumstances in our country we necessarily want builders. Prosperity in the real sense of the term is not achievable unless the youth are basically sound and industrious, and basic conditions are created for them to become basically sound and industrious. Unless something tangible is done in this regard, we are heading for the moral doom. Cultural values were disparaged during the foreign rule and patriots like Shaheed Bhagat Singh made gallant efforts to challenge it with the ultimate commitment, their life itself! It now depends what the youth of today does, from what others have left and the torch of freedom needs to be kept burring at all times and at all costs. Each individual has a role to play in nation-building by following to the principles of integrity, selfless work, righteousness, obeying laws and living in harmony. The nation can prosper by grit, determination and above all by adherence to spiritual ideals.

Sadhvi Gauri Bharti, the devotee disciple of His Holiness Shri Ashutosh Maharaj Ji, inaugurated the rally with a thought-provoking inaugural speech that set the rhythm for the rally. The slogans raised were appropriate to the occasion and added to the enthusiasm of participating youth who were getting impatient to kick start the motor cycle rally. The spectators who had gathered in large numbers were agog with excitement to see the inaugural function and progress of the rally. Many distinguished guests were present for the inaugural function of the rally and to see it flagged off.   Sh. Garish Chawla, D I G, Sh. Ashok Nagpal, Ex. M.L.A. B.J.P., commended the passion and commitment of the participating youth.

The Rally was cheered by more than ten thousand people and this event was something new to the people of Suratgarh, as such it generated much enthusiasm and appreciation amongst them. Pamphlets and literature highlighting spiritual values, was liberally distributed for the benefit of public. Media houses and many important local and state level newspapers gave adequate coverage on the Event and various socio-spiritual activities being initiated by Divya Jyoti Jagrati Sansthan. 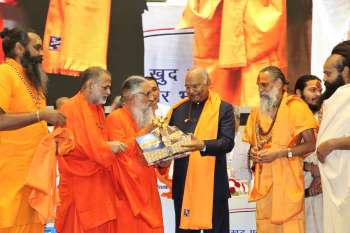 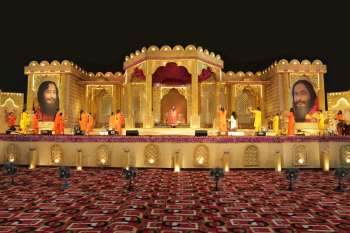