Declaration of celebrating girl child lohri today does not give as much contentment as it gave for the first time. The bright side is that the trend confined exclusively to new born male child, will now include female child too in its vicinity. But the dark side is much deeper which unveils the need to dedicate a festival to girl child even today, after several years of ceaseless attempts to create value for girl child. Being infinitely loyal to the cause, DJJS Santulan exhibits its perseverance as it boards the dais to uproot evil of female feticide and correct the usually known as ‘emergency proportions’ i.e. dwindling sex ratio through its 12-days long campaign ‘Kanya Bachao’, beginning from lohri i.e. January 13, 2018 to National girl child day i.e. January 24, 2018. The campaign is being carried out majorly in northern region of India by way of sensitization workshops in schools, awareness drive/information counters in public places and advocacy sessions in DJJS ashrams. 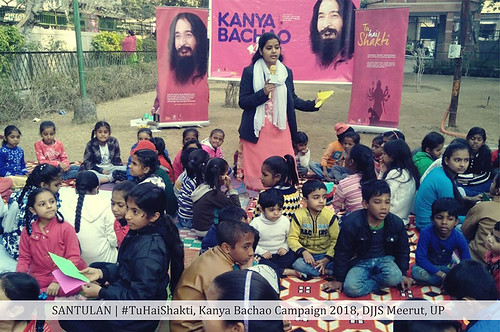 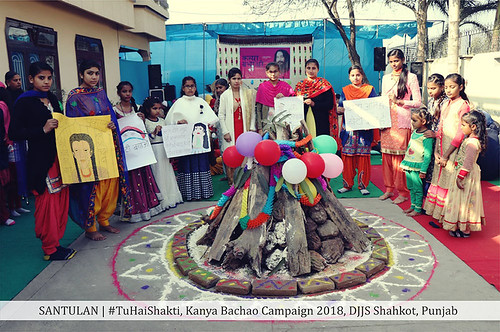 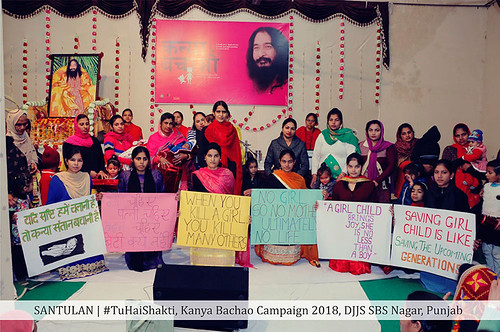 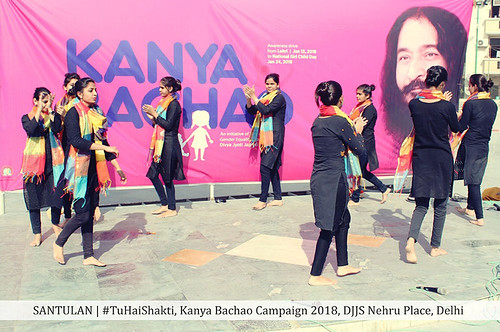 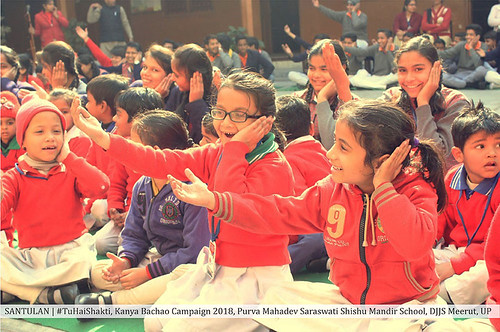 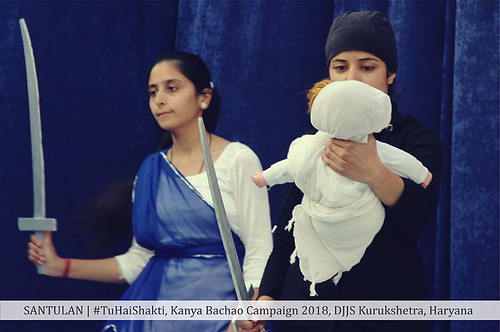 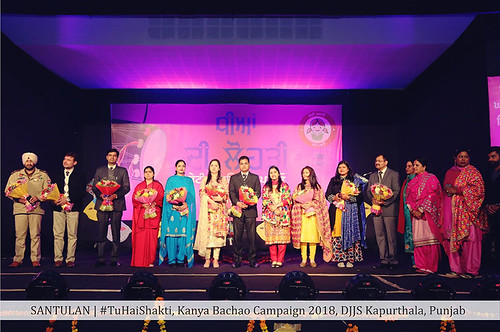 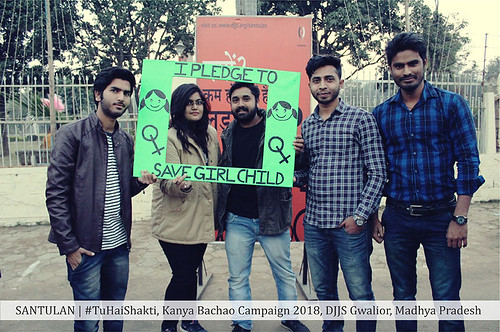 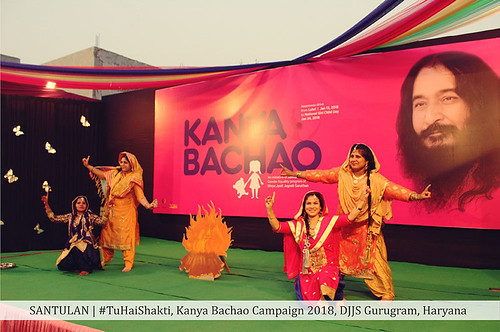 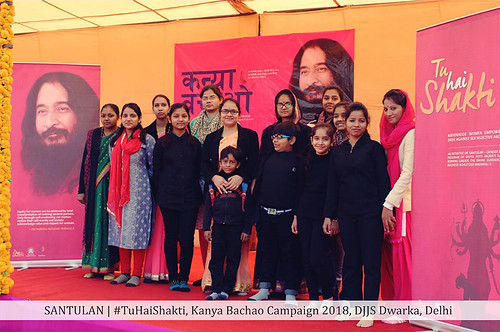 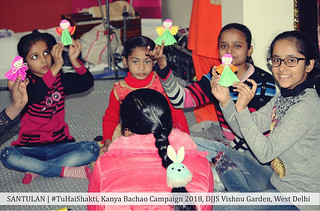 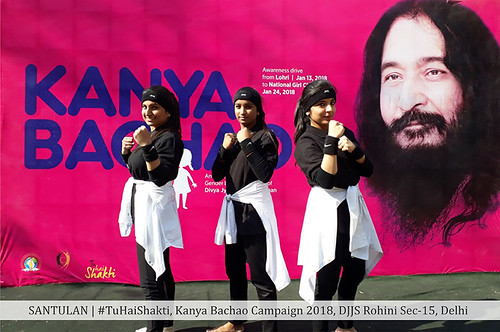 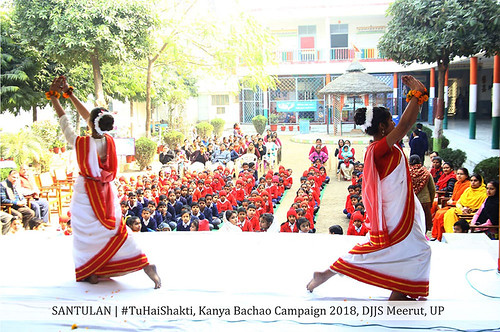 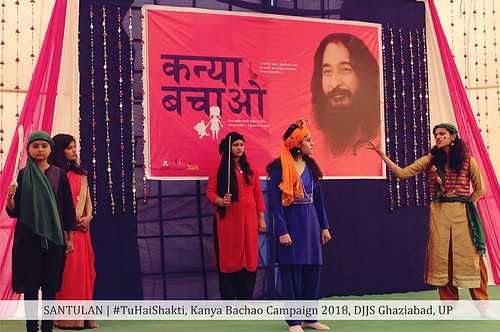 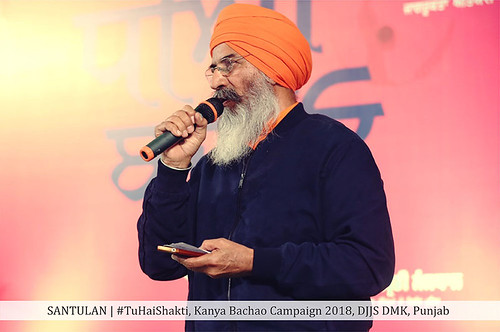 In spite of various awareness raising initiatives being taken across the country by various authorities, preference for son runs deeper and wins over girl child. The workshops in schools, offices etc. are composed of gender based activities like doll/puppet making competition, traditional dance performances, awakening skit to showcase how sex selective abortions take place against established laws; and enlightening lectures. Information desks decorated with posters and slogans to save girl child are being set up in public areas like malls/parks that constitutes a source of mass distribution of Santulan pamphlets & informative publications, and counselling by zealous volunteers. The visitors to the counter are gifted with doll badges, bookmarks, tattoos etc. as a pledge to raise voice against female feticide and encourage acceptance of girls within society. Further, sensitizing tools at the counter like gender based activities/games, enthralling skit displaying unbalanced gender equilibrium draw attention of many. Advocacy sessions in ashrams contain edifying lectures by disciples to break social limitations and change perceptions in regards to birth of a girl child, followed by exhibition. Bonfire being the tradition of lohri festival is arranged after the session. Attendees of the session write social evils like female feticide, discrimination etc. on rough papers and put them in bonfire, taking pledge to burn these evils from within. Couples blessed with girl child in previous 1 year are presented gifts as a token of appreciation and encouragement for welcoming girl child.

The vision behind carrying out campaigns like above through varied sensitivity-igniting tools is to nurture mindsets in righteous and discrimination-free manner in order to eliminate son-preference syndrome, establish gender equality and empower women through ideological capacity building. Through its humungous attempts and toil, Santulan team of DJJS is walking that extra mile to gift future present generation a better and equal tomorrow.