When you Google “Define life”, the search result says that “Life” is a noun and its definition is – “the condition that distinguishes animals and plants from inorganic matter, including the capacity for growth, reproduction, functional activity, and continual change preceding death.” Indeed, life starts changing just after birth and it changes continually preceding death. This underlying factuality has always driven human conscience to search for a deeper meaning of life, something which renders us with a higher purpose – attaining enlightenment.

Over the centuries, our tradition has rightly accorded a special reverence to a perfect guru – one who can steers us towards enlightenment. Adiyogi is an aspect of Lord Shiva which personifies him as an ultimate Guru, encompassing all possible forms of knowledge and supreme understanding. This aspect of Lord Shiva was brought to life during the Shiv Katha program held in Kangra, Himachal Pradesh from 21st August 2017 to 25th August 2017.  Sadhvi Sumedha Bharti Ji, preacher disciple of His Holiness Ashutosh Maharaj Ji (founder and head of Divya Jyoti Jagrati Sansthan), was the orator of the program. Sadhvi Ji narrated that Shiv literally means “that which is not.” This is a reference to Shiv- the divine deity for which we have built numerous temples across the world. But, Sadhvi Ji explained, Shiv also has another reference – a reference to “that which is” the physical manifestation also known as Adiyogi – the supreme Guru.

Sadhvi Ji further added that Shiv, in our yogic culture, is chiefly seen as a being that lived and walked in the Himalayan Region. Shiv is the very origin of the yogic culture and his contribution towards the making of human consciousness is way too profound and phenomenal.  Shiv, as Adiyogi, described every possible way in which one could approach and transform a human life into the ultimate possibility eventually leading to Moksh – the highest form of enlightenment.

Every human being needs a true guru who could steer the life’s path by bestowing the disciple with the Brahm Gyan – the ultimate knowledge. In today’s world, finding such a guru has become extremely difficult but not impossible as His Holiness Shri Ashutosh Maharaj Ji is one such truly enlightened guru who can render the deepest knowledge to his disciple. Sadhvi Ji brought the program to a close by extending invitation to the audience to receive the Brahm Gyan from the revered guru Shri Maharaj Ji and embark on their spiritual journey to perennial peace and tranquility. 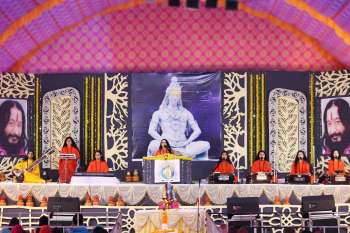 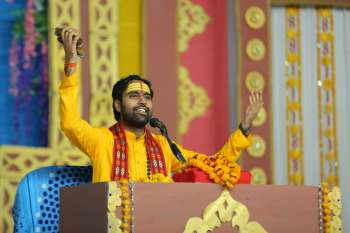