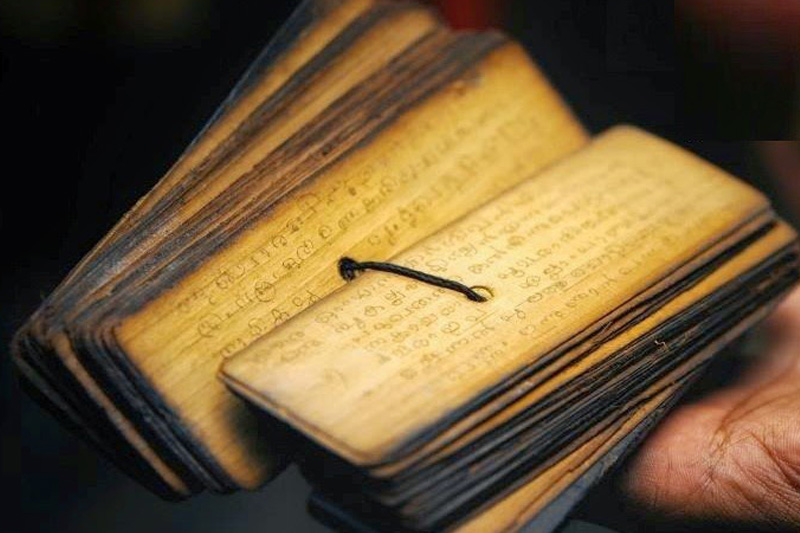 Who are we? Who should we be? How can we what we should be? –If you wish to seek deep-rooted answers to such deep questions, then there can be no better source other than the Vedas. Indeed, the Vedic texts are a boon for the entire mankind, presented by the land of India. Here are a few verses from the Vedas, which turn out to be a comprehensive life manual for us. Let us imbibe these inspirations and enrich our inner and outer beings in toto.

O beings! You do not know Him who has made all these things. You have distanced from Him so much that you are no longer like Him. Engrossed in immaterial things, you keep on wandering while missing out on your real identity.

Have you ever wondered on a strange paradox-We, the Atmans, are the part and parcel of the Paramatman(the Supreme Soul). However, where the attributes of Sat-Chit-Ananda (Truth, Consciousness, Bliss) characterise the Supreme Lord; there, we are identified as stressed and depressed! Why? This verse of the Vedas highlights the prime reason- our dissociation with our source, i.e. the Lord. More so, what adds to the plight of the situation is that this distance is widening day by day, and we are least bothered or concerned. Engrossed in this illusionary world, we are engaged in a mad race of acquiring and amassing, whereafter we feel proud of our achievements.  When someone attempts to correct us and redirect us to our real goal, we relish lengthy discussions and arguments, just for the sake of flaunting our knowledge, without a trace of inquisitiveness to know Him. Alas! We today know so many things; but, we don’t know the One who is nearest to our being. In fact, who is within us!

Perhaps, this condition of ours goes to say that we all display the symptoms of the Dunning-Kruger effect. It’s a kind of cognitive bias, wherein people carry a false notion about themselves that they are very smart and knowledgeable, while they actually are not. Poor self-awareness combined with low cognitive ability together result in the overestimation of one’s own capabilities! Two researchers named Dunning and Kruger involved 65 participants in a study. The participants were asked to rate different jokes on the scale of funniness. The study revealed that many of the participants were extremely poor in judging what others would find humorous. However, still they described themselves as wonderful judges of humour.

On this basis, it can be said that there is a subtle ego that we ignorantly carry in us for our ignorance! Dunning mentions in an article in Pacific Standard- “The incompetent are often blessed with an inappropriate confidence, buoyed by something that feels to them like knowledge.”

In a nutshell, this effect can be summarized as ‘a state of having confidence n one’s ignorance!’ The above verse of the Rig Veda and Yajur Veda alerts us of this ignorance about our real being. By highlighting our dilapidated state, which we smartly shield under facades of happiness and enjoyment, the Vedas are making us realize our separation from the Source. It is because once the realization dawns, the necessary corrective action automatically joins the stream.

What should we aspire for? …

What is an ultimate formula for a peaceful and blissful life!...

In whose company we should be?...

To know this and furthermore, read the complete article in Nov’18 edition of English Akhand Gyan Monthly Magazine.