Our Limited Sight vs. the Limitless Lord Divine! 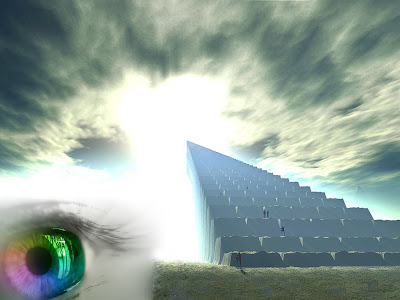 The present age is the age of science. It's an era where blind faith, blind beliefs, imaginations and unsubstantiated convictions have no place! Everything is tested, verified, and proved.

Taking recourse to such arguments, some atheists deny the existence of God. But, a wise saying goes thus– 'little knowledge is a dangerous thing'. These atheists relied upon just one aspect of science, ignoring the other facets. Whereas, the fact is that 'Science' itself accepts many things and creatures whose existence cannot be comprehended through the sensory organs of the human beings. For example, the air that we breathe in contains thousands of bacteria/micro-organisms. But, we are unable to see them with the naked eyes. Our eyes are unable to reach out and locate the distant planets and stars twinkling far away from us. These eyes cannot see the x-rays, ultraviolet rays and the infra-red rays. We are just able to perceive a small part of the electromagnetic spectrum.

That apart, the small world which these eyes perceive– are these able to see even that much to the point of perfection or in totality? If it were so, the words like 'mirage or illusion' would not have found place in the dictionary. Yachchakshusha na pashyati
Tadeva brahma tvam viddhi
Our sages have repeatedly proclaimed that God cannot be seen or experienced through these external eyes or with the aid of any other sensory organ. For experiencing Him, the subtle apparatus is needed. As per the spiritual terminology that subtle instrument is known as “Divine Eye” or “Third Eye.”
Our scriptures reveal that–

goodhotmaa na prakaashate
sookshmayaa sookshmadarshi bhihi
Meaning thereby, even though the Supreme Lord exists in all beings, yet He is not visible to all due to the curtain of Maya. Only they who have explored the subtle divine principles and possess the subtlest and the finest 'apparatus' known as Divine Eye are able to experience Him.

But how can we acquire this subtle apparatus, i.e., Divine Eye? Since this is not an external instrument, it is not possible to get it from the external sources. Only a Perfect Master (Poorna Guru) can bestow it upon the inquisitive aspirant.

In the sixth part of the fourteenth section of the Chhandogyopanishad, this truth has been explained in perfectly clear terms. When Shvetketu questioned his father as to how to see God, his father replied–

In essence, being unable to experience the Supreme Lord with the external eyes, do not negate His existence. By raising the voice against God, do not stand in the queue of the atheists. Instead, seek refuge of a Poorna Guru (a Perfect Master) who can open your Divine Eye and can make you experience God within you. Only then, you will be justifying your conviction of being scientific in your approach. Not otherwise!