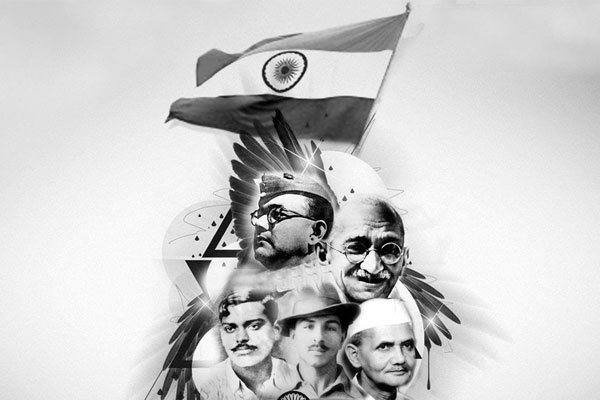 Let us ponder on the lives of some of the freedom fighters of India. They were young and well educated and could have easily utilised their potential in earning good wealth, name, and fame in society. However, they rather chose to be the warriors to free their motherland from the clutches of the British rule. In this quest, they dedicated their entire youth for one-pointed mission i.e. India’s freedom. ...You will find these young freedom fighters not only bubbling with spirit, courage, enthusiasm, but also rich in self-esteem, values and character.

He was one of the youngest revolutionaries of India. When he dies, his age was merely 18 years, 8 months, 8 days. In 1902 and 1903, Sri Aurobindo was fast shaping up as a revolutionary leader. Once, along with Sister Nivedita, he visited Medinipur to hold public lectures and secret planning sessions with revolutionary groups. At that time, Khudiram belonged to the teenage student community of the town who had in them the fire of insurgence against the British rule. In Khudiram’s heart, like many other teenagers of the town, kindled the spirit of revolution for India’s independence. It was from here that he stepped onto this path and attained the status of a young martyr. Khudiram was a student of Midnapore Collegiate School. He dared to request a teacher, Hemchandra Kanungo for a revolver.

On May 1, 1908, when Khudiram was brought to Muzzafarpur, the entire town had gathered at teh police station to catch a glimpse of this young and great warrior. Khudiram was taken to the district magistrate’s house of Mr. Woodman.

The English Daily “The Statesman” wrote on the following day...- “...He came out of a first class compartment and walked all the way to the phaeton, waiting outside for him. His cheerful disposition had an aroma of pride and was chanting “Vande Mataram” aloud while taking his seat.”

...Khudiram became the first revolutionary to be martyred by being hanged. His partner Prafulla Chaki was the first one to die by taking his own life.

To know about the exemplary contribution made by the other great and young heroes of India, read the complete article in Aug’17 edition of English Akhand Gyan Monthly Magazine.