Emancipation of women from shackles of subordination and discrimination is yet a work in progress and entails immediate heed. Divya Jyoti Jagrati Sansthan (DJJS) under its gender equality program ‘Santulan’ visions to not mere remove these shackles, but elevate women spiritually to be holistically emancipated and empowered. In its drive to attain the same, the organization conducts a month-long campaign every year under the title of ‘Swabhiman’ to commemorate International Women’s Day and ignite pride in every woman for being blessed with the sash of womanhood. 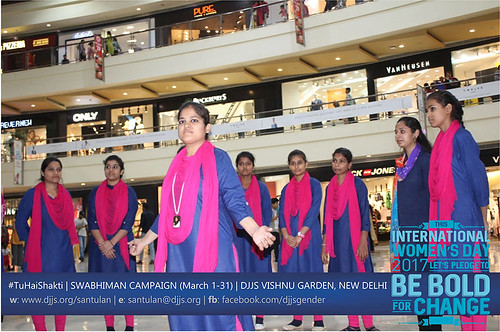 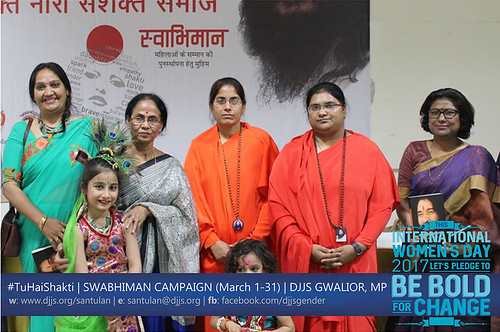 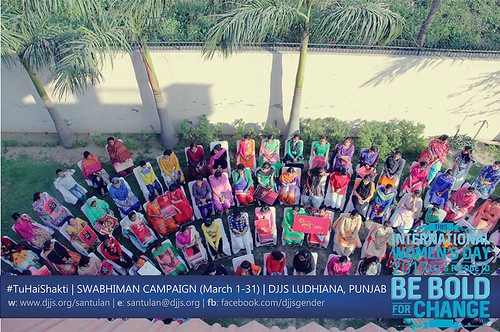 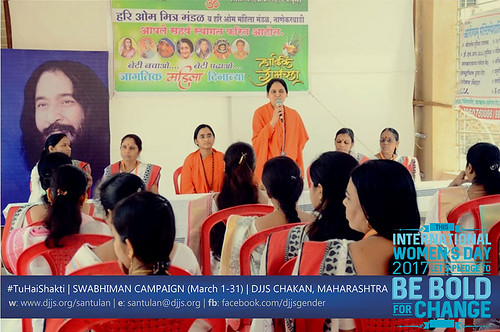 This year, under the theme prescribed by United Nations ‘Be Bold For Change’, it strives to cover wide range of related aspects, from girl child education to provision of equal opportunities to women through diverse sensitizing activities across India and magnify the count of its beneficiaries than previous year. The campaign is said to be an accompaniment to the organization’s on-going women empowerment drive against sex selective abortions - ‘Tu Hai Shakti’, launched in March 2016.

With its knowledge and experience in the field of gender, the organization is said to have strategized the entire workplan to dig out the aimed results. The campaign targets to reach out to maximum through enlightening workshops at institutions, offices, community halls, auditoriums etc., and awareness drive through counters, exhibitions, nukkads, forum theatres etc. at malls, parks, markets and other such public places. It encompasses engaging activities to gauge the extent of discrimination in every individual, explicating the inherent myths and deep rooted prejudices, counselling in gender perspective and then a pledge by participants to unite and voice for women empowerment. The activities menu includes gender based quiz, discussion on newspaper clips highlighting various forms of violence against women, division of daily chores between men and women etc., that unveiled the mindset of an individual in regards to gendering and stereotyping of work. Further, explication and counselling is being done through dance ballet, forum theatre, video screening, bhajans, lectures and group discussions wherein Sadhvi disciples of Shri Ashutosh Maharaj Ji-head and founder of DJJS, put across the value of women and remove the dust of myths & prejudices from real facts that present women as an inevitable link of society. Quoting examples from rich Indian history, emphasis is laid on missing spiritual awakening among women today due to which otherwise educationally and economically empowered women also could not escape the attack of discrimination and violence. The pledge to raise voice against gender discrimination and inequality is being taken by participants through signing on opinion wall, save girl child tattoo on fists etc.

DJJS is working rigorously nationwide to eliminate all forms of violence against women, and thus, make women realize their self-worth and exercise rights. It also involves awakening the dormant consciousness of the opposite sex to make them righteous of their deeds and turn gender just. Apart from its remarkable performance in the field of women empowerment, the organization is working globally for the establishment of universal brotherhood and peace through nine-dimensional social reforms and welfare programs, focused on issues like education, community health, drug abuse eradication, environment conservation, Indian cow breed improvement and conservation, disaster management and empowerment of disabled and prisoners, along with workshops for corporate sector and youth.