DJJS celebrated 71st Indian Republic Day on Sunday, 26th January, 2020 at Divya Dham Ashram, New Delhi. Thousands of devotees attended the mesmerizing spiritual and patriotic event aptly named ‘Sankalp’. Literal meaning of Sankalp is to be ‘determined’. A series of devotional songs drenched in the colours of patriotism filled the audience's hearts with the love for nation and felt determined to work selflessly for the society and the nation as a whole. 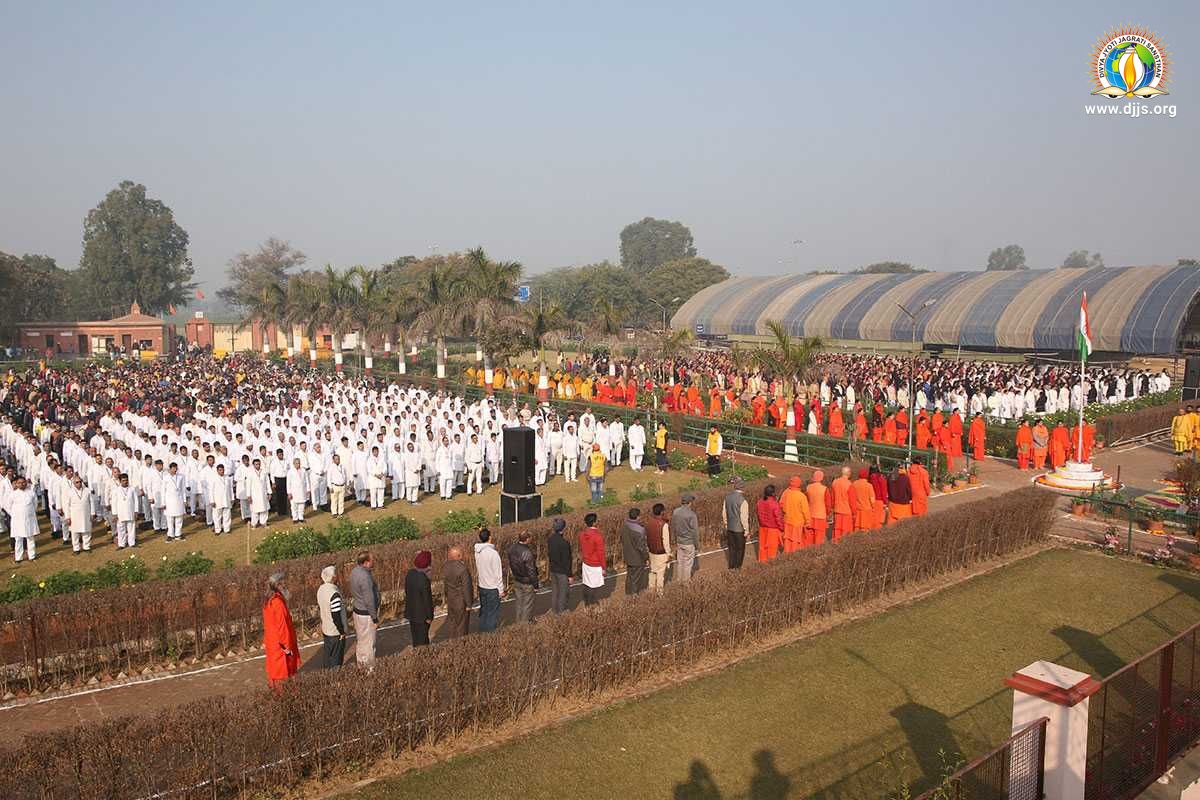 The enlightened lecture by learned preacher-disciples of Shri Ashutosh Maharaj Ji (Founder & Head – DJJS) awakened the dormant positive traits of devotees and channelized their energy. To become free of any bondage at the soul level, each disciple has to follow his master’s commands. The ideology of DJJS for global peace through self-awakening was a seeding inspiration for all. DJJS has inculcated such values and principles through spiritual awakening in all disciples by preparing them to become a true disciple in service of the nation. In the sparkling ambience, a soul stirring act was performed by the Young volunteers on the inspirational and motivational life of Swami Vivekananda who was a major force in the revival of Hinduism in India when entire value system of Bharat (India) was almost lost, youth was anglicized and following farce western trends was seen as a mark of modernity. Swami Vivekananda had an early fascination for Spirituality. As he grew older, he met many saints in search for God but their theoretical answers didn't satisfy the yearnings of his soul. Later, he met Swami Ramakrishna Paramhans Ji who connected him to his inner self through the divine technique of “Brahm Gyan”. He didn’t restrict the knowledge to himself but became devoted to the cause. He epitomized surrender, selfless service and dedication to the nation. He called upon Youth as the backbone and future torchbearers of the nation. Swami Vivekananda introduced Indian philosophies of Vedanta and Yoga to the Western world and inspired them to realize the God within. On September 11, 1893, Swami Vivekananda attended “The World's Parliament of Religions” at America, as a delegate to speak. He spoke, in words that became famous throughout the world: “Sisters and brothers of America”. People gathered to hear him. The New York Herald called him undoubtedly the greatest figure in the Parliament of Religions.

Swami Vivekananda was a saint in the strictest sense, a free soul. Like a river, he always kept on moving and preached to the world about the divinity that resides in everyone; how the soul is perfect, eternal, and immortal; the Atman, the indwelling God, resides in every being. The program served its purpose of filling values in each heart so that the devotees meet their goals without getting drained. It taught them to walk and not faint or stop till goal is achieved. At the end, people resolved to dedicate their thoughts and actions for self, others, society and the nation so that they can be called patriotic and a devotee in true sense. 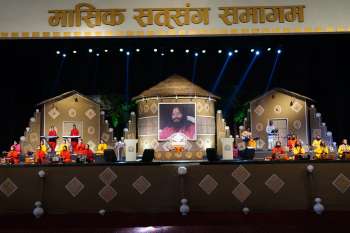 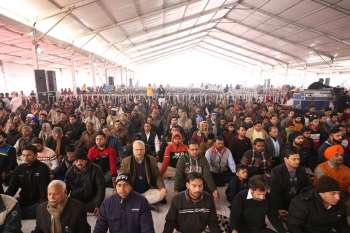 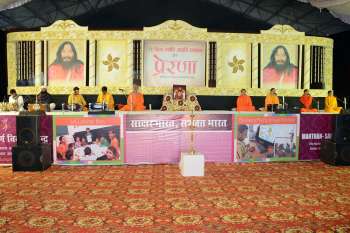