While the 9-days’ festival marks celebration of 9 forms of Goddess Durga and her homecoming with great vigor, there is no frown towards the brutal killing of girl child. The worship of girl child as incarnation of Shakti during Navratri, is finite to only 9 days and the heinous crime of female feticide is continued for the rest of the year. Identifying the incongruity in society, Divya Jyoti Jagrati Sansthan (DJJS) under the divine stewardship of its founder & head-His Holiness Shri Ashutosh Maharaj Ji, through its Gender Equality Program-‘Santulan’, is on its toes to edify masses to introspect “Why killing of girl child in the land of girl child worship”, thereby addressing the social evil of sex selective abortions. With the said clear vision, 9-days awareness campaign in the form of information counters & exhibitions outside temples/malls that witness heavy footfall, was organized from 29th September to 7th October 2019, particularly in northern region of the country. India, widely famous for being land of Goddesses, is also infamous for its skewed sex ratio. There exists a need to equalize worship of Goddesses and value of female life, thus ending hypocrisy. The aforementioned campaign by Santulan includes display of thought-provoking posters to demystify myths & misconceptions against girl child, eye-opening facts & statistics of crime rate due to gender imbalance, mass distribution of informative pamphlets breaking age-old prejudices and gender stereotypes etc. A documentary of Santulan initiatives, on-going campaigns, accomplishments, beneficiaries and testimonies is being played throughout, grabbing eye-balls. Nukkad nataks and kanya rallies/processions were some other attractions & enlightening tools. Santulan volunteers are reaching out to visitors in high number to elucidate Santulan philosophy of gender equality and educate them in gender perspective. Divine aarti also forms part of the session and is attended by public at large to conclude the event. 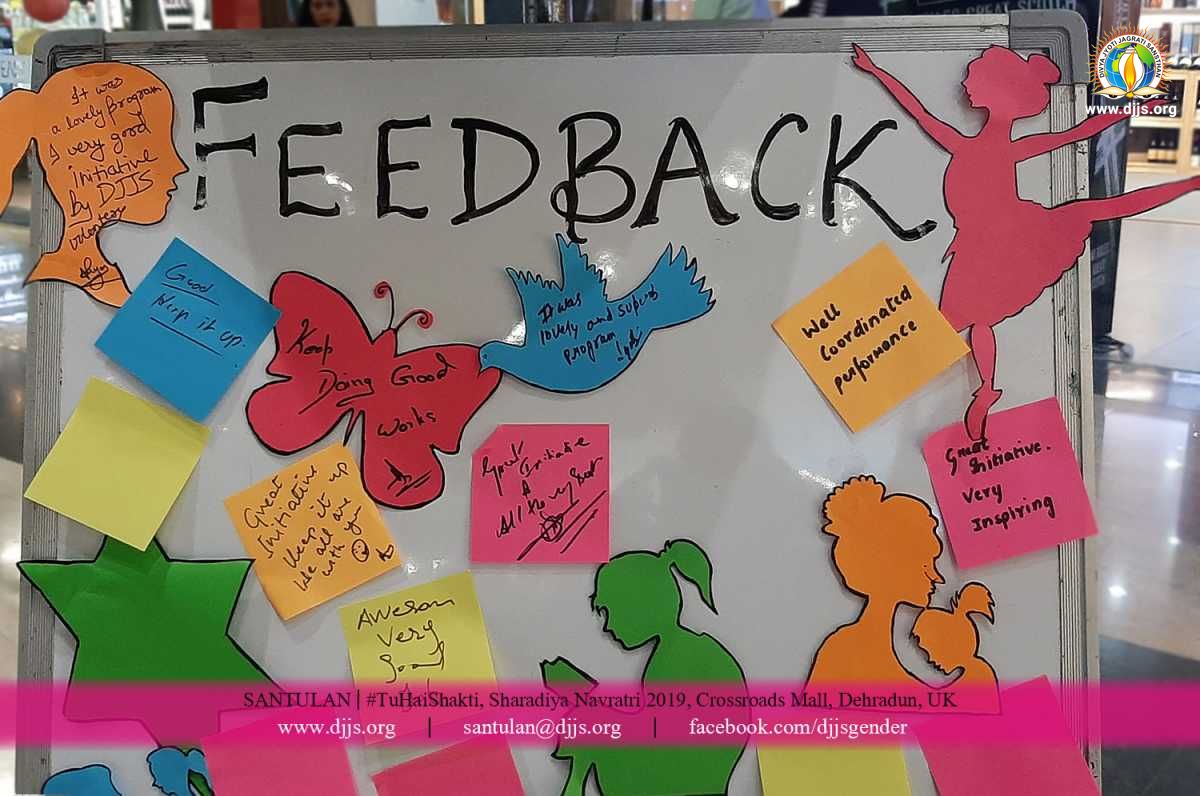 Women today are conquering all odds to emerge victorious, yet struggling hard for their survival. The lopsided sex ratio of 930 females against 1000 males is not just a number but is the major cause behind gender based crimes in society. Santulan identifies that solely awareness initiatives, law enforcement & counseling will neither resolve the puzzle nor bring about any change. Thus, it is moving forward with its philosophy and unique technique of spiritual empowerment that will lead to change in mindsets and awaken dormant consciousness of individuals, giving birth to a gender just society.

Here are some snapshots of countrywide awareness drive conducted under the said initiative.