Lord Shiv, per the religious texts of the Hindus, has been called the ‘Three-eyed’, i.e., the lord with three eyes; two like the mortal being and the third on the forehead. The texts equate the three eyes with Sun, Moon, and Fire. It is narrated in the Purans that once goddess Parvati, the beloved wife of Shiv, playfully closed his two eyes with her palms. But as soon as she did so, the world plunged into darkness. All beings became worrisome. At that time a huge ball of fire exploded from Shiv’s third eye making the ten directions shine like Sun in its wake. A scared Parvati removed her palms and began propitiating lord Shiv, thus the world resumed its radiance. 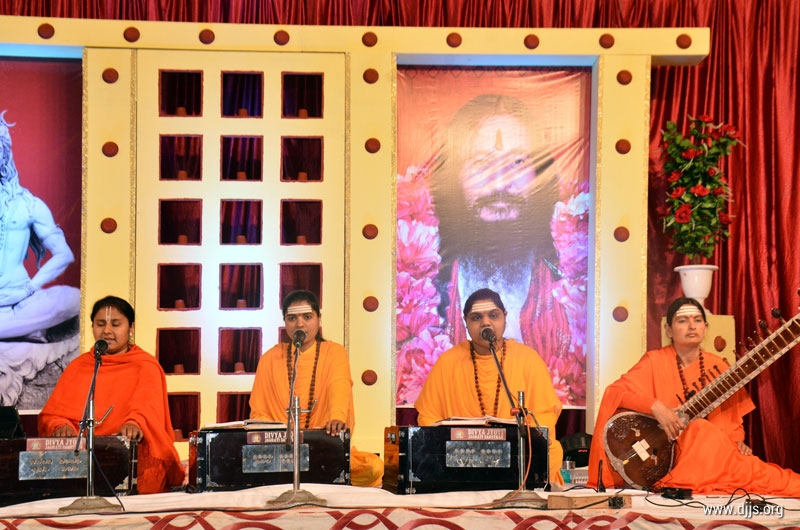 To convey this narrative with it its metaphoric meaning to the people of Muktsar, Punjab, Divya Jyoti Jagrati Sansthan (DJJS) under the leadership of His Holiness Ashutosh Maharaj Ji organized the Shiv Katha from 7th March to 10th March, 2017. The orator of the Katha was Sadhvi Garima Bharti Ji. Along with the orator, many preacher disciples proficient in music also graced the ornamented stage. Sadhvi Ji after narrating the above mention Puranic tale turned to explain its allegorical meaning. Sadhvi Ji asserted that, like lord Shiv, we humans also have three eyes. Two mortal eyes and the third on the forehead. However, unlike lord Shiv’s third eye, our third eye remains closed throughout life. Unless, we seek an awakened spiritual teacher who opens our third eye and makes us see the true form of soul within.

Further, Sadhvi Ji said that when the third eye is opened by the spiritual master there occurs an apocalypse within. An apocalypse in which every debilitating vice gets burned to ashes. The legend of the burning of Kamdev is an apt example in this case. As per the parable, lord Shiv was in deep meditation when Kamdev shot the arrow of lust at him. However, since he had concentrated all his energy through meditation, lord Shiv set Kamdev ablaze through the fire of his third eye. Sadhvi Ji, hence, implored the devotees to seek an awakened spiritual guide so as to have their third eye opened and see the pure form of divine, i.e., the unending light. Sadhvi Ji, finally, stated that DJJS is one such organization for the devotees willing to see the light within.