Shri Ram Katha Rejuvenated the Inner-Conscience of His Believers in Ghaziabad, Uttar Pradesh

Maharishi Tulsidasa’s Ram Charit Manas (lake of the deeds of Rama) is his magnum opus which exquisitely illustrates the saga of Almighty Ram who was the seventh incarnation of Lord Vishnu. Maryada Purushottam Shri Ram, the Supreme deity in Hindu mythology, (the lead protagonist of Ramayan) is an embodiment of qualities like compassion, morality and sacrifice who taught mankind to lead a life which is ethical, true and free from worldly yearnings. Shri Ram’s kingdom was an epitome of peace, prosperity and tranquility, which evidently lacks in today’s modern era. In order to instill the lost virtues of Ram and his Ram Rajya, the founder of DJJS, Shri Ashutosh Maharaj Ji introduced the mortal beings with Brahm Gyan, the divine knowledge which helps to awaken our inner-selves. Divya Jyoti Jagrati Sansthan (DJJS) under the guidance of His Holiness Ashutosh Maharaj Ji, organized a seven days’ Shri Ram Katha which took place from June 2nd till June 8th, 2019 at Ghaziabad in Uttar Pradesh. The Katha began with a prayer and by paying homage at the lotus feet of Lord Rama. Orator Sadhvi Shyama Bharti Ji unfolded the various events that occurred in the life of Shri Ram. She enlightened the viewers that following the instructions of his father ruler Dashrath, Shri Ram happily embraced an exile for 14 years along with his wife and brother Laxman. He did not worry about the repercussions rather was more focused to follow the instructions given by his father. This truly demonstrates that he is an ideal son for whom his father’s orders meant everything. Sadhvi Ji emphasized that in the same manner we individuals should try to become an ideal disciple and should never be hesitant to fulfill the orders assigned to us by our master as they are for our betterment and wellbeing. 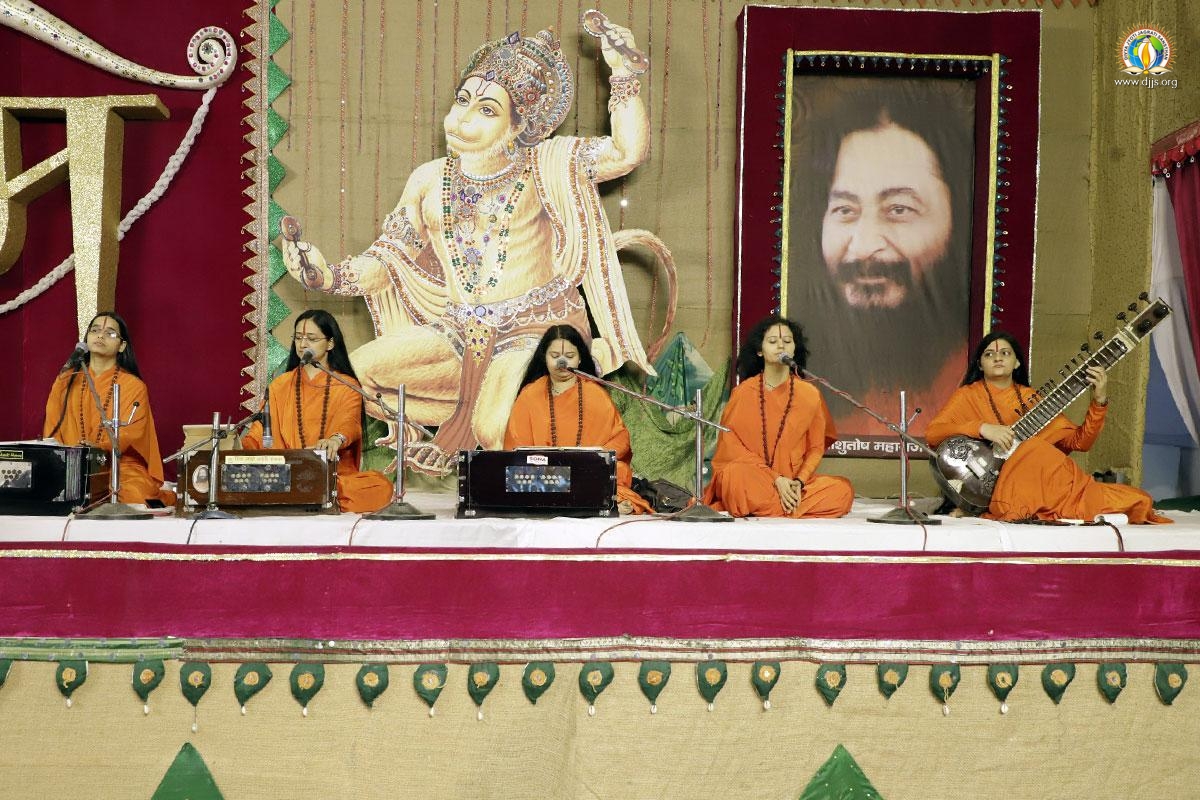 As the event further proceeded various melodious hymns were sung in between the katha that rekindled the spirituality within the hearts of the listeners. Through the event Sadhvi Ji narrated the warfare between Ram and Ravan (a battle between good against evil). Ravan, yet another significant character in Ramayan, depicts the hate and cruelty that prevails in this world. Ravan was the greatest learned scholar of his times however his arrogance and egotism led him to pick a pathway which later became the root cause of his destruction. With the help of Brahm Gyan, we can kill our inner Ravan (demons) that over powers our existence and can free ourselves from the bondage of venomous iniquities like anger, ego and negative thoughts that reside within us. However, this is only possible under the supervision of the Ultimate Master. This Ram Katha was a possible attempt made by Sansthan to restore the preaching of Lord Ram and to create an opportunity for mortal souls to make a better place to live for all. The ceremony concluded with a hawan and yet another harmonious song which left the spectators mesmerized.