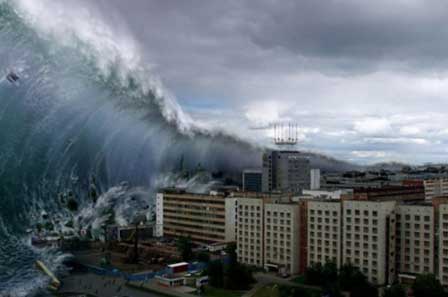 So here we are with another case filed in the court. A catastrophe has struck the nation. Much chaos has been caused by this devastation. The blame game has started quite immediately. Some blame the government, some their near and dear ones. So many arguments are taking place in houses, in institutions, in offices. But, we have a bunch of people that have come up with a different verdict. Yes, you read it right. A verdict for the one in whose name the case was filed. Let’s see who wins, and how honest will the human race stand.

Mother Nature is called into the court. The moment she enters, all the individuals present in the court start shouting in different tones and frequencies- “Yes, she is the one, she is to be blamed, she is the cause behind everything, she took away our homes, our kids, our everything… We want justice today, we want justice!”

The trial begins. The lawyer with all his lawfulness (lofty knowledge base) starts the case after the Judge’s order…

… Mr. Lawyer (the lawyer fighting against Mother Nature to seek justice for those who suffered from great losses due to her): Your honor! I would like to produce before you some of the witnesses to prove my point…

Witness no. 1: An owner of a hotel who lost his hotel in landslide.

“Ohhhh no, I am doomed …” cried the business man. All thanks to you Motherrrrr (pointing his finger towards Mother Earth).

Witness no. 2: A factory owner’s wife and her son.

… In her mournful voice, she spoke, “What wrong I did, that you snatched away my husband…”

Witness no. 3: A pilgrim who had lost his leg in the recent catastrophe while visiting one of the pilgrimages. …Why did I have to suffer? …

Mr. Lawyer: Your Honor! What you heard was just the tip of the iceberg! There are plenty who are crying today being the victims of ruthless Nature. I wish to ask Nature, does she have any explanation for such catastrophes? I don’t think she will have any! How can one justify innocent lives! That’s why she is standing quiet! I request the court to do justice.

Mother Nature (defending her own case) broke her silence.

Do you want to know, what Mother Nature has to say in her defense? To know this and furthermore, read the complete article of the November edition of English Akhand Gyan monthly magazine.