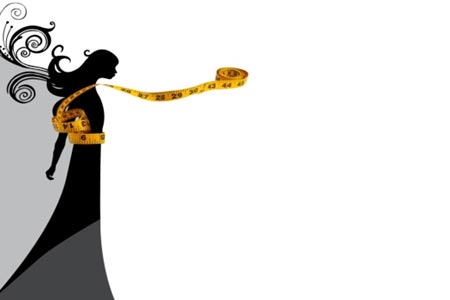 The present-generation urban youth (especially the feminine) is increasingly dissatisfied with their figure, consequent to the blatant media images (in TV and films) portraying unnaturally thin, ‘size zero’ (extremely thin) women as ideal.

The intensity of the size zero syndrome:

… Data shows that 80% of the girls start disliking their bodies by the time they are 17 years old. Over 70% of normal weight girls surveyed in high school felt that they were fat and were on a diet.Several teenage girls were found to be dieting and suffering from eating disorders (anorexia/bulimia) with potentially devastating impact on their physical and emotional health.

Evidence of the media influence:

… Enough evidence suggests that idealising ‘size zero’ models and celebrities constantly being aired by the media adversely affects the mind of young women.

… It is that after a couple of famous fashion models died in 2006 due to severe anorexia, the fashion industry across the world has been vociferously trying to garner support in banning the ‘size-zero’ models and those underweight having unhealthy body mass index (BMI)< 18.5 (BMI between 19 to 23 is an accepted indicator of normal weight). …

… Girls dissatisfied with their bodies and trying to achieve a skinny thin, slim- trim body image were also shown to be at increased risk of obesity and growth impairments, due to irregularities in eating habits.

… Psychologically, it leads to …

Further, several women obsessed with the ‘size zero’ trend have been to suffer from emotional problems such as increased anxiety and depression.

To know more about the problem solving approach which can neutralize the size zero obsession read the complete article in October 2013 English Akhand Gyan monthly magazine.