As sudden floods strike parts of Gujarat, bringing life to a standstill for many, DJJS Centre in Ahmedabad has been consistently mobilizing resources to extend relief to the people stranded in flood affected areas. Last week of July saw record breaking rainfall in Gujarat, reports from Indian Meteorological Department indicate that it is one of the heaviest rainfalls the area has received. It was last in 1905, that Ahmedabad had received highest rainfall of 952.5mm in July otherwise the state does not really have such torrential rains. Though a record breaking phenomenon in meteorological terms, these abrupt rainfalls have led to severe floods in the area. Districts Banaskantha and Patan are severely impacted by these floods, several areas have been left inaccessible.  The disaster has already been accounted to take a toll of around 215 lives and several are left injured, traumatized and homeless.

Responding to the situation, , DJJS Ahmedabad team, within hours of floods being reported in the areas, started mobilizing resources to meet the immediate food requirements of the people residing in the flood affected areas. Over 4000 food packets including dry food items and water were made by dedicated DJJS relief brigade including men, women, youth and children. Owing to inaccessibility of the areas, the packets were immediately delivered to the nearest collection points to extend the aid in the affected areas. On 30 July 2017 another set of over 2500 food packets were made and supplied to the area. DJJS team is constantly keeping a track of the situation and working towards mobilizing resources and extending aid to the victims. Samadhan- Disaster Relief Programme has been dedicated to rescue, relief and rehabilitation of areas and victims struck by natural and man-made disasters. 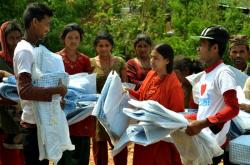 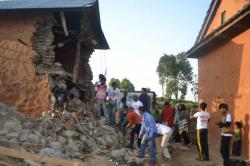 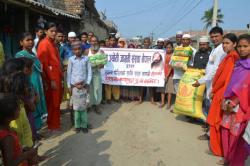