After conducting three incredibly successful sessions for the Chartered Accountants fraternity, SAM organised its fourth mega chapter at the Annual CA Day celebrations at Talkatora Stadium, New Delhi. The event was attended by over 4500 youngsters. SAM had already established a strong bond with these students who were eagerly looking forward to the soul-stirring performances. Eternal Splendor dance group presented an awe-inspiring ballet based on the life of Mangal Pandey which received enormous appreciation. The nuanced portrayal of the revolutionary patriotic ideals moved numerous young-hearts. Thereafter, our in-house fusion band, Eternal Bliss delivered a power packed musical performance. The super rocking original compositions set young feet tapping. A team of volunteers also led the young audience in to a high energy pledge ceremony in which the entire audience stood up in unison and took a pledge for nation building.

The performances won a lot of praise from senior members of the CA fraternity. CA Deepak Garg (Chairman NIRC) said, "Chartered Accountancy is a profession which requires utmost dedication, hard work and perseverance and we are glad that SAM is providing the needed guidance to our aspirants in this phenomenally creative way"

CA Rajender Arora (Secretary NIRC) added that, "SAM has managed to pull off uniquely inspiring shows each time. It is our honor to have SAM with us for the fourth time and surely, this collaboration between SAM and Chartered Accountants has a long way to go." 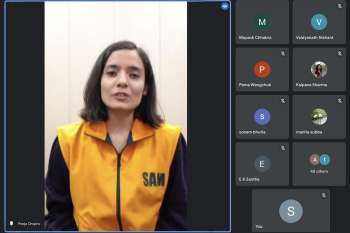 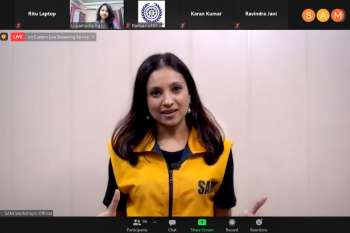