"We are a part of the Earth and it is through her great generosity that we are nurtured and nourished, eating her food, drinking her waters, clothed in her fabric. Even as we deplete her, she continues to give and give. Her generosity is a lesson for us all." 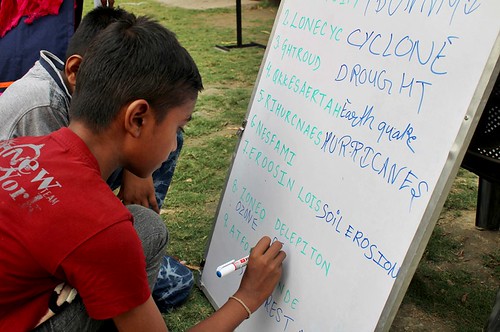 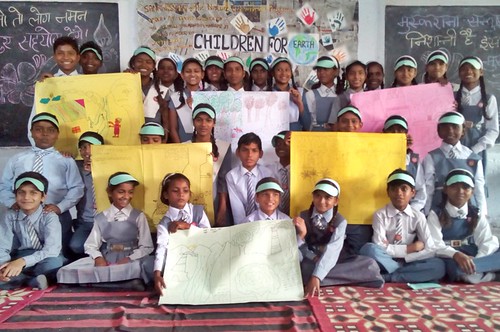 These lines by "Llewellyn Vaughan-Lee" hide in itself many emotions and lessons that the human race needs to learn. Earth performs her duties of being a mother more than her capacity. However, the degrading state of environment and the indifferent attitude of humans towards it clearly show that humans have not been able to reciprocate to her kindness. The need of the hour is to move from ignorance to cognizance. This year's theme for the Earth Day "Environmental & Climate Literacy" also proposes the same thing. Upholding the same, DJJS took the charge to take the plight of Mother Earth to masses and encourage them to make right choices for a greener tomorrow. The unprecedented threat of climate change today calls for an urgent action. This hour of urgency demands Environment education to be imparted, at the school level as well as at the societal level. In the support of same, DJJS, under the banner of Sanrakshan, its Nature Conservation Program, organized various awareness generation programs across India on the occasion of Earth Day, through its campaign "Children for Earth". Under this theme, the sansthan sensitized masses, including children about protecting the natural resources and changing their routine conduct for the good of Mother Earth. For this, DJJS organized various awareness workshops in schools, parks, communities and ashram premises. The objective was to educate children about nature and the benefits offered by it that are must for human survival, so that they become nature conservators at an early age and follow a right conduct towards Mother Earth throughout their lives. Also, these programs were aimed at sensitizing masses in general so that they become environmentally responsible citizens and inculcate the same values in their children.

The programs were executed by the youngest volunteers of DJJS, which were sensitized by the sansthan in the earlier years. These children are now a part of the sansthan's youth brigade and sensitize masses of their responsibilities towards Mother Earth in an empathic way. In the workshops organized specifically for the children, various activities were undertaken. This includes a sensitization lecture by the disciples of H.H. Shri Ashutosh Maharaj ji and preachers at sansthan, in which they explained children about the three golden rules, Recycle, Reduce and Reuse, and encouraged them to adopt them in their lives. Besides this, drawing competition and dance ballet were also organized. The sansthan also carried out tree plantation with the children and explained them its significance in combating climate change.

DJJS has been organizing awareness workshops for the children for so many years now. The sansthan is increasing its pool of young volunteers who are aware, and are dedicated in sensitizing others also about conservation of the precious natural resources.