With this approach, Manthan SVK took an initiative and organised a Guidance Workshop for Children on Monday, 19th April 2021, based on the theme “Indian Constitution For Children of Manthan SVK”. Adv. Shashank Shekhar ji (Advocate of the Supreme Court of India, a former member of the Delhi Commission for Protection of Child Rights, Director of Jus Naturae law Office Pvt. Ltd. and Founder of CRACR & PD) was the keynote speaker of the session. He guided the children by making them understand the introduction, background, philosophy and limitations of the Indian Constitution and explained how it is sometimes misused for personal gains by some people. Putting forth the idea of an Awareness Drive for making people aware of their rights, he urged and encouraged children to understand the Constitution, know their rights and raise their voices against injustice.

In the final part of the session, a Q&A activity was held where children raised questions about their constitutional rights, their views on political influence and the injustice happening around them. Citing the example of Mahatma Gandhi and his fight against racism in South Africa, Shashank Shekhar ji reiterated the importance of courage, enthusiasm and social justice before the children.

Manthan SVK, the holistic education initiative of Divya Jyoti Jagrati Sansthan, works with the vision of creating socially responsible citizens. This session was one, among many others, organised for Manthanites. 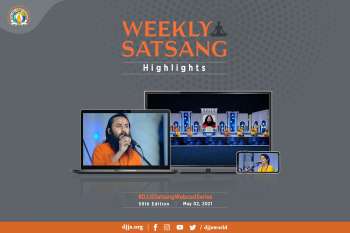 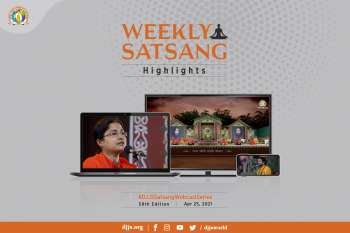 #DJJSSatsangWebcastSeries 58th Edition | Meditate, but How?