On December 16, DJJS Sanrakshan nature conservators of took to streets to sensitize & motivate residents of Dabwali Malkoki (DMK), Punjab to join the combative battle against the greatest menace of the century: ‘Climate Change’. In a recent report published by the UN has it has been clearly underlined that today climate change has reached an irreversible state. This has raised a great concern over the future of our younger population and generations yet to come. 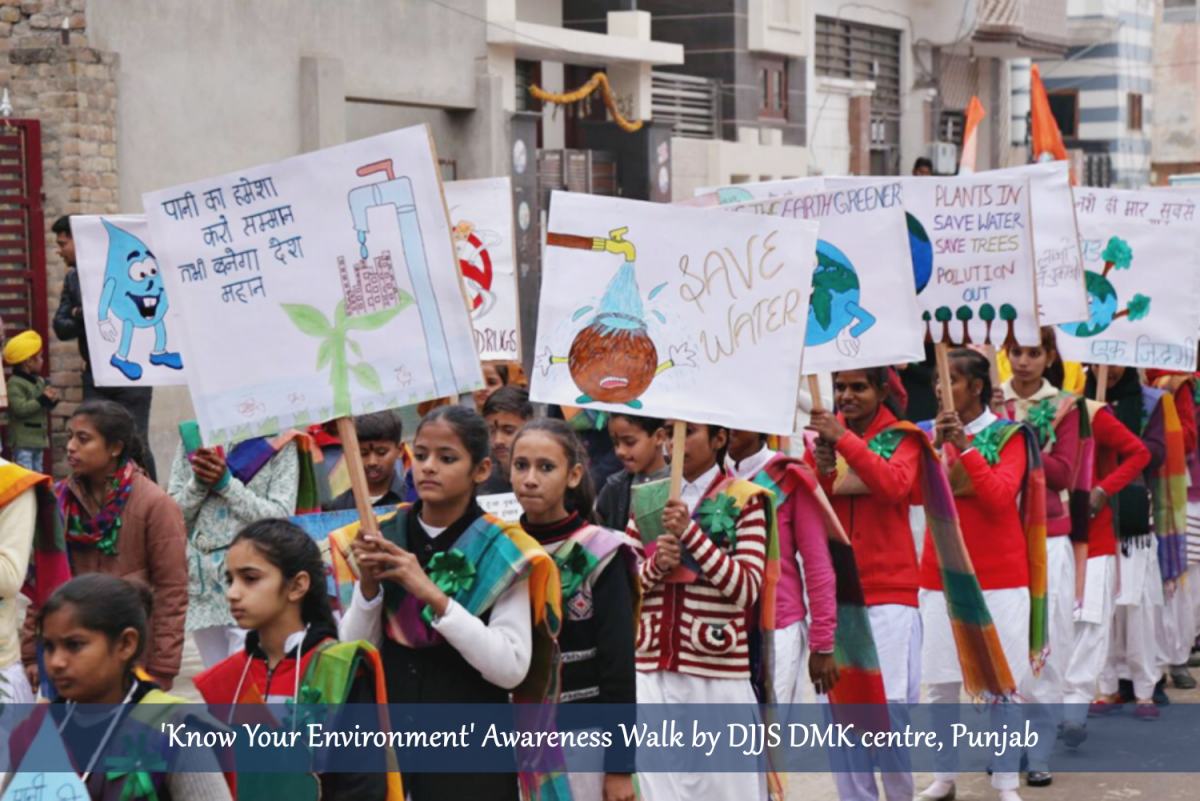 Presently, studies show that the effects of this looming environmental crises are wide-ranging and interconnected. On one hand, the droughts resulting from climate change reduce the food and water supply and create hunger, they also make difficult for families, especially poor and those in developing countries, to send their children to schools or afford proper healthcare. Thus, not just  some specific areas, but the basic living conditions of the society are impacted at large. Raising an alarm to awaken people to this overwhelming crisis, the young nature conservators undertook this theme based rally. Dressed up as natural resources, they vociferously raised slogans touching various subjects of environmental concern, such as water & air pollution, deforestation and lack of cleanliness, and apprised residents of the simple steps they can take to curb climate change. Sadhvi Davinder Bharti ji, an ascetic disciple of H.H. Shri Ashutosh Maharaj ji, also encouraged the residents to take charge of area’s cleanliness by properly segregating the generated waste. Inspired by the young nature conservators, people also expressed their intention to stand for the issue and act responsibly. Covering various key areas of Mandi Dabwali, the walk finally ended at Shri Vaishno Mata Mandir. Dr. K. V. Singh, OSD to the former Chief Minister of Haryana, and Sh. Rakesh Bansal, SDO BSNL also attended the program as the Chief Guests.

Acknowledging the fact that environment can be protected with both individual and collective efforts, DJJS DMK Centre has been persistently making all possible efforts to sensitize all stakeholders to take on the mantle of greening & cleaning the planet.